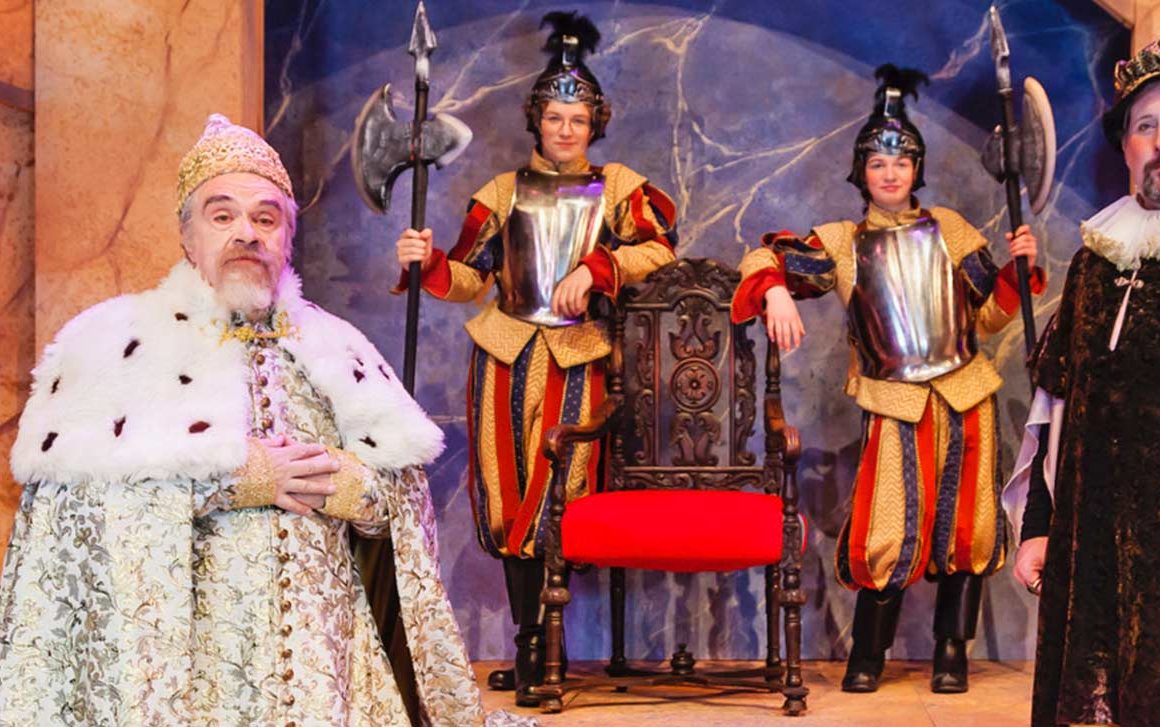 In place of what would have been the Upper Valley’s 45th consecutive live yuletide pageant celebrating the Winter Solstice in song and dance, Revels North last spring commissioned All Shall Be Well Again – a 17-minute animated film that Norwich resident and Revels executive director Brian Cook describes as “just lovely to behold … very, very true to the Revels spirit, with a respect for the traditional style.”

And while the organization will miss its main source of revenue for its programs – ticket sales to live shows at the Lebanon Opera House – Revels is offering the movie for free, with a particular nod to members of the Upper Valley community who might be struggling financially and otherwise during the pandemic, Cook adds. “It is a message of hope that dovetails with our message, our mission, of bringing light to the darkest time of the year,” he says. “People right now are experiencing the darkness in a very real way.”

As much in his role as a psychiatrist as in his mind-set as a member of the Revels North board and a regular performer in the pageant, Norwich resident John Severinghaus welcomes this solution. “I said at our meetings that whatever we do is going to be better than doing nothing,” says Severinghaus, who lent his voice to the animated character of Father Christmas. “Having Revels go completely dark for a whole year was just not an option. The whole point of Revels is that the sun is going to come back. “Let’s do what we can to help it along.”

The trick, he adds, was to make it “fun and creative and different.” And doing a hybrid digital version of the full, live extravaganza was not going to cut it. “20 to 25 people in Zoom, I’m not sure how you’d do it,” Severinghaus says. “To keep time and keep pitch, stitching it together was not practical. It could be done, but even that… Come on: that’s not going to be a real show.”

During the last “real” show, in December of 2019 at the opera house, Meriden, N.H. resident Sam Clifton was, well, reveling in the chance to play a lead role in his debut at the Christmas Revels.

And between his own moments in the spotlight, the 2015 graduate of Lebanon High School was paying close attention to the Mummer’s Dance – the number that every year interrupts the main storyline of Revels North’s long-running celebration of the solstice. “While I was standing by as a spectator, I got an idea of the basic plot, and the importance of Saint George,” Clifton recalls. “You get to slay the giant and the dragon. You’re the hero. What more could you ask?”

What he learned by watching – and by listening – Clifton wove into his vocal performance as George in All Shall Be Well Again, to which he was invited to lend his voice. “I haven’t been able to do a lot of voice-acting work so far,” Clifton recalls. “I thought this would be a way to get a solid role onto my résumé.”

For the leadership of Revels North, the film emerged, last spring and summer, as a way to bridge the seasonal gap, and to keep Revels – which had to cancel its schedule of live music in the name of singer and listener safety – on the Upper Valley’s radar screen. “It wasn’t long before we began to realize that there was no way we could plan on live performances,” Cook says. “There was so much that we couldn’t anticipate.”

Instead, Cook, artistic director Nils Fredland and members of the Revels North board of directors started brainstorming, and quickly eliminated the idea of trying to do a hybrid live through online technology.

With input from Revels creatives, they found consensus around the idea of a short film, mixing animation and footage from previous years’ Revels, that area audiences could stream on their computers, and watch on Community Access Television (CATV). “It got us excited like nothing else was going to,” Cook recalls. “It was going to be the costliest option, in a year where maybe fundraising would be harder than usual because of the pandemic. But it really energized everybody, and seemed the most likely to get the audience excited.”

The Revels board bought into the plan from the outset. “Suddenly there was a spark,” board president and Lebanon resident Kim Rheinlander says. “People really embraced it. It was something so different, and something positive.”

With money from a variety of sources – including an anonymous donation of $10,000, $7,500 from a Vital Communities crowdsourcing campaign, a COVID-relief grant of $7,500 from the New Hampshire Council on the Arts, $5,000 from regular underwriter Mascoma Bank, on top of earlier contributions from regular individual benefactors – Revels North enlisted a Keene, NH-based nonprofit, The SALT Project, to weave animation around a storyline invoking Revels traditions. “A big part of our thinking was to seek out local artists, who need the work right now,” Cook says. “When the pandemic hit and lingered on, their livelihoods went up in smoke. We really wanted to support them as much as possible.”

Toward that end, Revels hired the No Strings Marionette Company in Randolph, VT, which had crafted puppets for the 2015 show at Dartmouth College’s Hopkins Center for the Arts. The troupe crafted and brought to life a puppet host for the film, in the persona of Jack Langstaff, the founder of the original Christmas Revels pageant in New York City, and who had established a comparable program in Cambridge, MA, in 1971.

Langstaff, who would have turned 100 this year, was the father of Carol Langstaff, the Sharon resident who founded Revels North in 1974. “When we saw the puppet,” Severinghaus says, “any of us who had privilege to know Jack, that was great to see.”

It worked as well for Rheinlander, who was captivated by the original Revels growing up in Cambridge in the 1970s, and who, after moving to the Upper Valley in the mid-1980s, joined Revels North and crossed paths with Langstaff in a variety of capacities, from backstage technical support to singing and acting with the ensemble.

Even after joining the board of directors, Rheinlander stayed active with the productions until 2019, when Revels moved the solstice pageant from the Hopkins Center’s Spaulding Auditorium to the Opera House. While the latter seats 800 people, to Spaulding’s 900, the 2019 show, drew a combined 3,000 people to five performances. Many of them, Rheinlander found while conducting exit interviews, had never seen the show at Dartmouth. “The people I talked with were so enthusiastic,” she says, “and we were very excited about having a second show there this year.”

With All Shall Be Well Again, Rheinlander hopes that Revels will keep things going, keep people enthused, knowing we’re still around.”

Revels North was scheduled to start streaming All Shall Be Well Again on November 20. The local cable station CATV was scheduled to start showing the film on Thanksgiving Day (November 26 at 2pm), with subsequent screenings on Giving Tuesday (December 1), and on December 21 (the winter solstice), Christmas Eve, Christmas Day, and New Year’s Day. To learn more, visit revelsnorth.org.