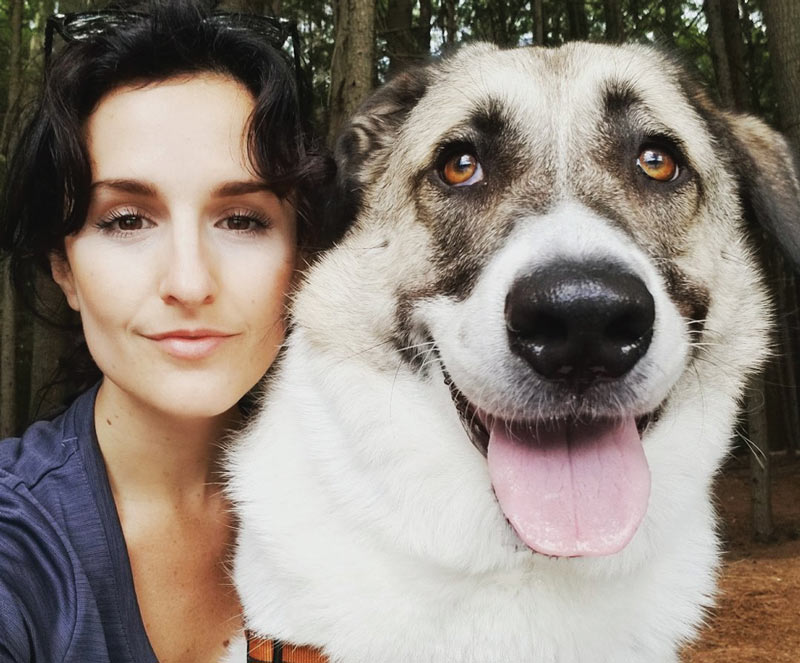 Throughout August and continuing through September, White River Animal Rescue (WRAR) is running a campaign called the #50/50 Campaign. The #50/50 Campaign is based on the idea that a puppy born in the US has a 50% chance of survival, and that many rescues in the local area and beyond have a lot on their plates trying to pull dogs from the south as fast as possible. The goal is collaboration among rescues and shelters to save as many dogs’ lives as possible.

Amy Knight, the founder of WRAR, emphasized the need for collaboration among rescue organizations to take that 50% chance of survival and bring the number as close to 100% as possible.

Amy began rescuing dogs unwittingly seventeen years ago when she took in Shiba, a Belgian Malinois puppy who was about to be killed by the farmer who bred it. A teenager who was on the property managed to rescue one of the litter and brought it to Amy. While she intended on keeping this sweet, wriggly thing which showed up, Amy was concerned for the other pups that remained on the property. She called the neighbor, who turned out to be the farmer’s sister-in-law, and the woman collected the rest of the puppies.

Amy also didn’t know she ended up with a pure Belgian Malinois until she took the dog to the groomers. Shiba ended up being quite extraordinary and sadly passed away this previous winter.

When Amy moved to Vermont, she ended up on an email list for rescue volunteers where she was asked if she could help transport three dogs from White River Junction to Burlington. Once people have a line on you, especially from down south, they start calling.

All signs pointed to her need to be involved in animal rescue, so in 2009 Amy decided to start White River Animal Rescue. She also works as a college professor, teaching psychology part time. Her focus is on bringing dogs from dangerous situations in the south up here where they live with foster families with the goal of finding forever homes. Many of the dogs are pulled from overcrowded southern shelters with anywhere from 24 hours to 3 minutes to live, but some come from other places as well. 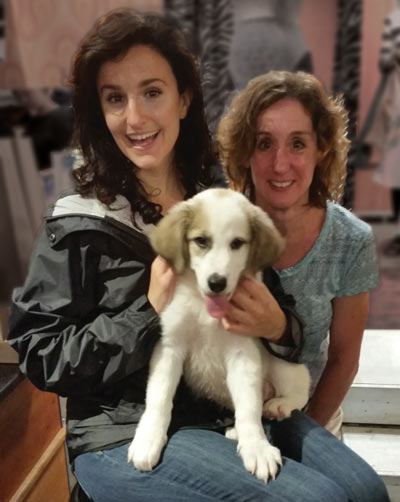 Amy and Justine at Revolution

Justine Kohr is a WRAR volunteer and self-proclaimed foster failure. She spends her days working as the assistant director of marketing and communications at the Tuck School as well as being a writer and editor. As a volunteer, Justine has utilized her work skills to assist with the marketing of WRAR. “Everyone who volunteers is a little bit involved in everything.”

She has worked with transports, new arrivals, and other aspects of the rescue, as well as training her rescue dog and previous foster, Pepper.

Justine is heavily invested in the #50/50 Campaign as well. In a prior interview she shared, “We know that other rescues and shelters have a lot on their plates and they have a lot of animals that they are bringing into their spaces, and we want to partner with them and help when we can.”

According to Amy, there are currently seven other rescues or shelters participating in the campaign. On the website, the first dogs highlighted are the ones who need the most donations to fight health problems. Then the list continues.

For WRAR they ask that the rescue or shelter send them a video, photo, and description of the dog in need and they will promote it. Half of the donations stay with WRAR, but all of any adoption fees go directly to the original rescue.

The final hope of the #50/50 Campaign is that rescues will continue to collaborate rather than trying to do everything individually. Helping each other, in the end, means helping more dogs.