Using Music and the Arts to Engage Community 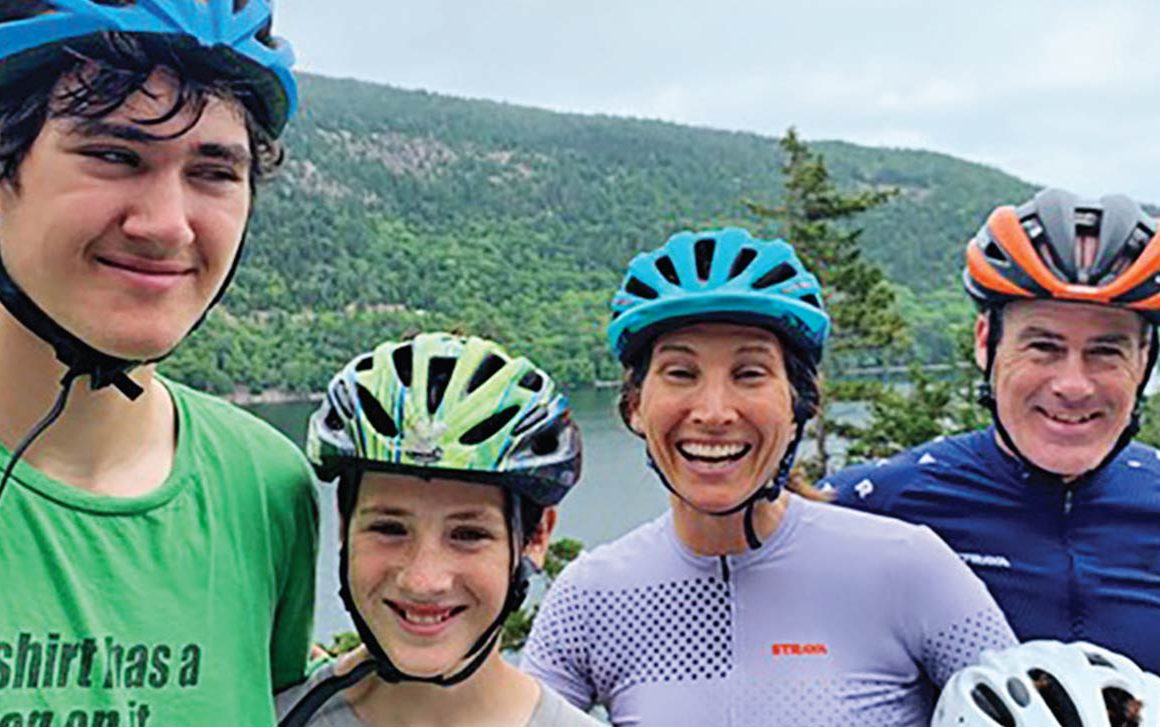 Meeting Norwich’s Katie Kitchel is a bit like catching hold of a rocketship. She gives the impression of fast movement even when she’s sitting down. But she focuses her attention on what she’s doing or saying – this is not a woman who indulges fog. 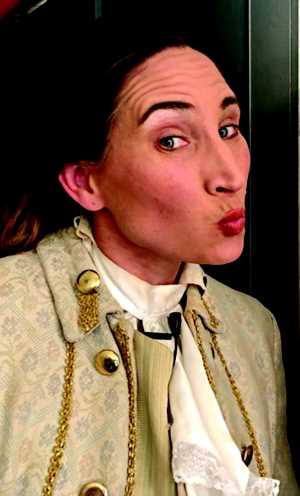 Katie Kitchel in We the People’s 1776

She obviously loves children, smiling and admiring new babies that friends bring into a cafe, and she is keenly aware of how long her own children, a sophomore, a 6th grader, and a 3rd grader, can benefit by supervising themselves and when some adult contact would be a good idea.

Katie has found jobs she loves that intersect with her interests and talents: children and performing arts. She teaches in and coordinates the Music Together program at the Upper Valley Music Center in Lebanon, and she has just begun a position with Northern Stage as Director of Outreach.

For Northern Stage, Katie will be working as part of the team with the YES – Youth Ensemble Studio – program, an ambitious and surprisingly affordable project that immerses 7th–12th graders in all aspects of stage performance. Students work over the year with experts in choreography, staging, and more to produce two smaller shows and a grand finale – this year’s spring musical will be Frozen, Jr. – which plays on the main stage. Not surprisingly, the program is already full for the coming season.

Katie will also work with Northern Stage’s BridgeUp program that brings Shakespeare and musical theater into the schools, with professional actors helping older elementary school students interpret scenes. The students present an abbreviated play for their school and also an on-the-road show for family and friends at Northern Stage’s impressive theater. It’s an experience to remember for a lifetime, not just the excitement of theater but the overcoming of challenge and risk. Finding that Shakespeare can be accessible and not intimidating gives students a bolder approach to cultural landmarks. The program began in 2016 and excitement about it continues high. It’s a good fit for Katie. Irene Green, Northern Stage’s Managing Director, praises Katie’s passion, enthusiasm, energy, and discipline.

Never Too Young for Music

What’s the youngest age it makes sense to take your child to a music class? The national program Music Together says, “At birth!”

Children have an innate sensitivity to rhythm and melody – think of all the times you’ve seen a toddler bouncing around joyfully on the edge of the dance floor at a wedding. Encouraging that innate sense by playing rhythmically with your baby makes them happy and helps their development. The Music Together program provides social contact for parents and children, and, importantly, gives parents ideas of ways to play with their child, and validates interactions that grown-ups may at first find silly as useful and connecting. MT leaders
introduce songs and chants from traditions around the world, expanding a parent’s toolkit and providing a broader base for a child’s future experience. And the group discusses ways to use music at transition times of days, perhaps with a song about bath time. “As parents we have various skills that we use to help direct our children’s behaviors in positive ways, why not use singing as one of them!?” says Katie. “Music is a language. The more it’s spoken in a household the more fluent everyone is.

“Play is how kids learn,” adds Katie. She describes a game that helps children develop their ability to maintain a steady rhythm where a circle of kids use their arms as gates that swing open and shut at a certain speed. “Because they’re playing, they’re more apt to stay
interested in repeating a motion for an extended period of time. They are having so much fun, they don’t even realize that they’re practicing how to keep a steady beat!” she explains. Other games include musical “Hot or Cold,” where the increasing volume of the group’s tapping shows a seeker they’re approaching the object. Social skills grow with sharing equipment, putting toys away. 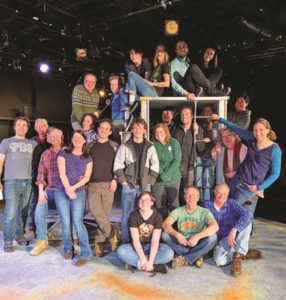 And in Her Free Time…

Katie has worked with Perry Allison’s We The People theater company, which produces a show to spark discussion and interaction. Founded after the 2016 election, WTP produced 1776, provoking conversations about the nature of democratic government. Katie was a mill worker in Working, and played John Hancock in 1776. Coming up this spring in White River’s Briggs Opera House is Man of La Mancha, aiming to present Don Quixote’s still-timely message of hope. “Whether through the lens of world events or concerns close to home, we all want to
believe in a brighter future,” says the producing team. Katie, as Director of Audience Engagement, will be drawing out audience reactions and ideas in intermission and post-show discussions. “Even in conflict, foundations can be laid,” says Katie. She is planning ways to convey audience ideas across performances, with comment boards in the lobby and other means.

Katie will audition for a role in La Mancha. She’s loved performing since she was young. Her mother also loved to sing, and “I shared a birthday with my mom (Halloween!),” she recalls. It was the occasion of a trip into New York to hunt up some discount tickets and finish off with a deluxe ice cream at Rumplemayer’s, then a palace of children’s sweet delights.

Katie and her family live in Norwich on Sugartop Road. Her husband, Davy, was born in St. Johnsbury and went to Marion Cross. Katie likes to run (surprise!) with “a group of amazing moms” that’s grown to about eight over the years. The women tend to meet at Marion Cross in the morning and love to head off, en masse, into the trails of Norwich, although in winter you will likely see them bundled up on the roads, even in sub-zero weather.

“They all have lives like this,” says Katie, admitting that things sometimes get a little crazed, “and they’re very supportive. It’s a sisterhood.” The women trade suggestions and encouragement as they run. Katie’s way to find time in the day? “I drink a lot of coffee
and I don’t sleep much. I’m like a shark – I gotta keep moving.