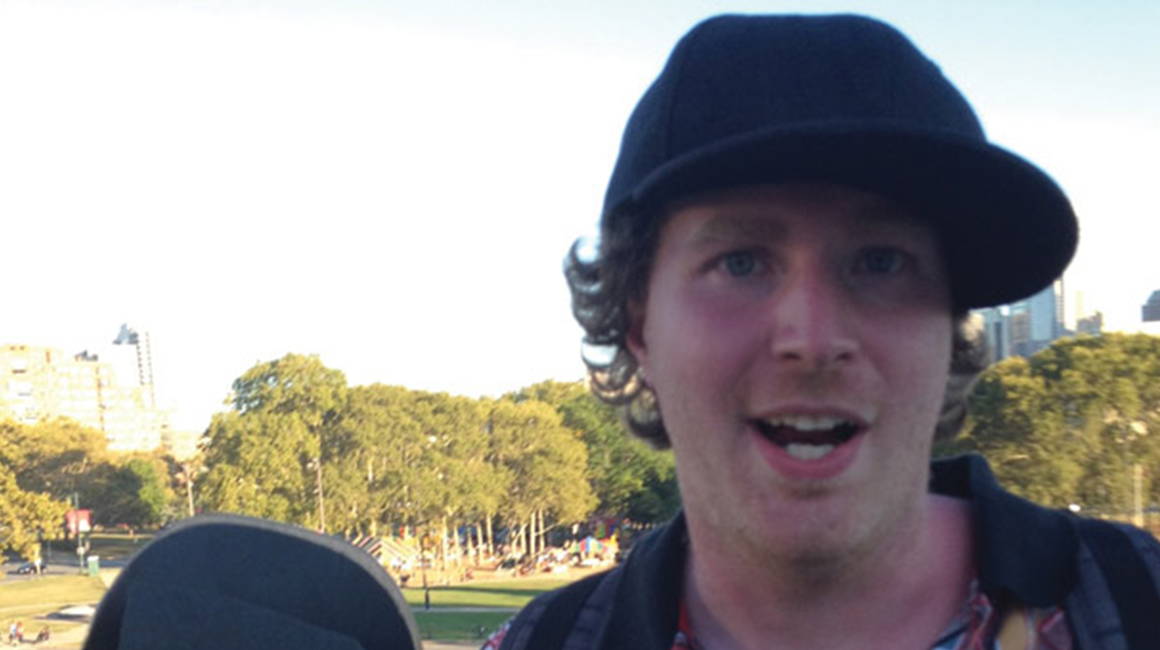 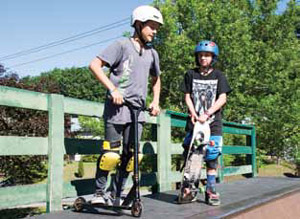 Kids on scooters enjoying the skatepark

On September 24th of this year, a beautiful thing happened.

Close to 350 kids of all ages (2-40+) gathered at Riverside Community Park in West Lebanon to celebrate the renaming of the skatepark and to commit to its revitalization. As with most successful endeavors, this was and continues to be a joint effort between dedicated individuals and public and private entities.

As is often the case, it seems that when tragedy occurs, magic soon follows. Thus is the case with the new life and energy being poured into the recently named Rusty Berrings Skatepark. Yes, “Rusty” knew how to spell “bearing” but being more than a little unconventional was how he rolled (no pun intended!). An avid skateboarder, artist and overall creative genius, Tyler Kirschner’s (aka Rusty Berrings) memory will live on in the Upper Valley’s local skatepark. Tyler passed away on November 6, 2015 at 28 years old. An extremely generous and creative guy, Tyler struggled for years with mental illness; he undoubtedly continues to share his genius from a more peaceful place. 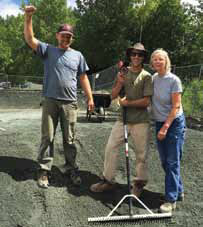 Tyler’s parents, local concert promoter, Buddy Kirschner, and his wife, Ginny, endured the unfathomable loss of their child. What has risen up from the depths of their pain has been the magic referred to above. From the outpouring of love and support from those closest to them, to the newly-formed connections made with Tyler’s online skateboarding group, to the friendships made with construction workers at the skatepark, a fire has been ignited in both Buddy and Ginny to keep Tyler’s spirit alive in their lives and in the legacy that he is leaving behind for others to share.

“It’s amazing but true, as one door closes, many more open,” said Buddy during our recent interview in the living room at the Norwich Inn.

“This whole year has been about the skatepark. We have put on benefit concerts [see sidebar, next page], worked with the City [of Lebanon], learned how to write fundraising letters…,” Buddy continued. 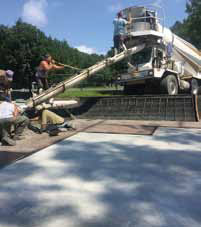 Pouring cement for the updated park

“I’ve gotten really strong from shoveling dirt and gravel all summer,” laughed Ginny, referring to helping out with the first phase of rehabbing the skatepark. “It has been very therapeutic to have this project that is so near and dear to my heart that keeps us connected to Tyler.”

When he was 8 years old, Tyler started skateboarding behind the Marion Cross School in Norwich. Skateboarding (and rollerblading) has endured a bad rap largely due to the fact that many of its participants represent a counter-culture of young people. In a recent fundraising letter, Paul Coats, Director of Lebanon Recreation and Parks, wrote:

“20 years ago these sports were frowned upon because there were no legal public spaces to skate. Instead of shunning these individuals, the City decided to embrace them by pulling the community together to build Lebanon’s first skatepark…” 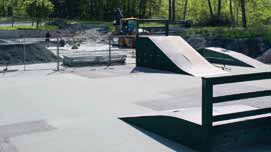 Old skatepark with wooden ramps in need of much repair

Thankfully, through its commitment to reinvest in the revitalization and the ongoing maintenance of the skatepark, the City of Lebanon continues to see that by providing a safe and welcoming place for these “non-jock” athletes to practice their moves, other important, albeit less obvious, benefits arise across the board. Kids of all ages and from a variety of different backgrounds gather here to enjoy their passion. Friendships are made; older kids look out for the younger ones and show them moves; kids are engaged in an outdoor physical activity where screens and phones are put away for the time being. Positive community in the making. No arguments here! 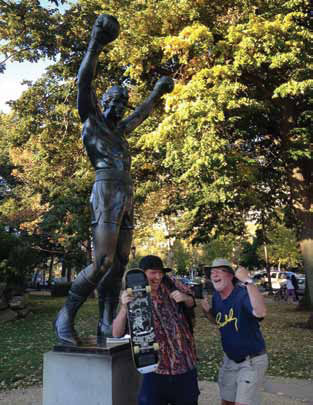 Community abounds online, as well. After Tyler’s death, Buddy and Ginny learned even more about the world of skateboarders. In going through their son’s things, they discovered that he was deeply connected to a forum on SLAP magazine which is an online site for skateboarders from around the world. Rusty Berrings, as he was known online, was Tyler’s pen name, so to speak. 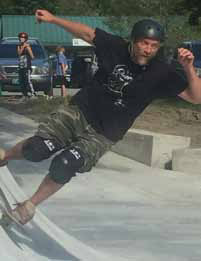 One of slaps most controversial posters passed away last week. He definitely battled some demons, but he was also one of the nicest guys I ever interacted with on here. Some of the greatest posts of all time came from him too. Seems like sometimes he could get on top of things, and at these times his insights into mental illness and skateboarding were brilliant (and a little bit out there). He always had a way of making absurd ideas relatable though. I felt for him a lot and now hoping his family and is handling it okay.

The messages of love and support and the positive impact “Rusty” had on fellow boarders around the world inspired Buddy and Ginny to reach out. Using one of Tyler’s most recent sketches, the couple had t-shirts, hats and stickers made and then sent them to Tyler’s online – and local –  friends around the world. 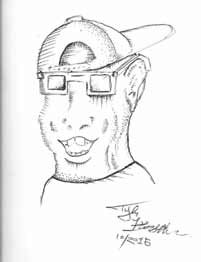 Tyler’s sketch was made into t-shirt art

“There isn’t a continent on this planet that doesn’t have one of our stickers,” exclaimed Buddy.

Buoyed by this new-found community around the world and the local community back home, Buddy and Ginny hit the ground running and have committed to raising the $200,000 needed to bring the Rusty Berrings Skate Park back to life. Please join them and many others as they invest their time, energy and financial resources towards this revitalized facility which will provide a safe and welcoming place for our youth and young people to engage in healthy physical activity while creating lifelong community connections. 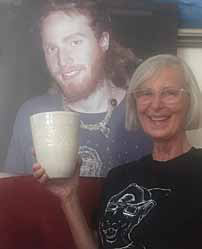 Ginny, wearing Tyler’s artwork, next to a poster of Tyler

by Jennifer MacMillen
Donations may be made to the Friends of Lebanon Recreation; PO Box 369;
Lebanon, NH 03766. Or online at www.gofundme.com/lebanonnhskatepark