The Haven & Norwich Working Together to Create Magic 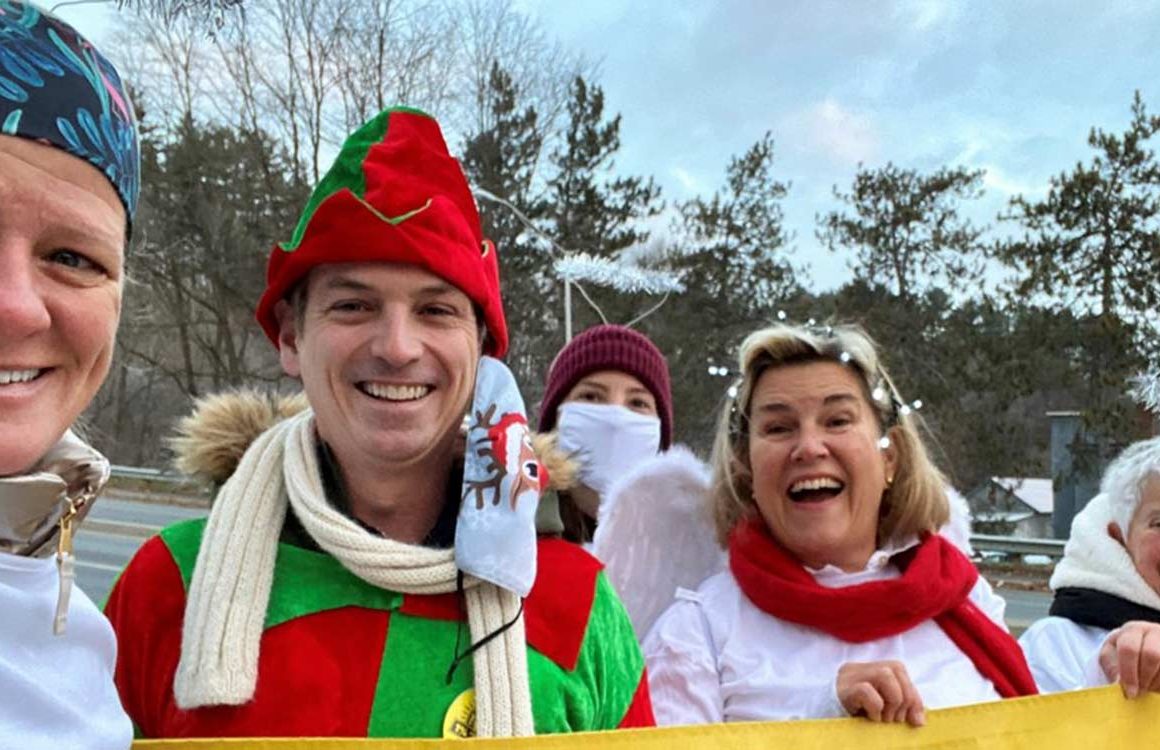 Completing its 40th year in service, the Haven has long been providing shelter, education, food and other support to those in need and continues to do so every day. “The work here is very tangible,” Pickell said, “People come here, they need groceries and they leave with groceries.”

The Haven began its work in 1980, founded officially in 1982 by a group of five Upper Valley citizens in an old farm building on Hartford Avenue, formerly known as Taft Avenue. “At the very beginning it was all volunteers,” said Michael Redmond, who is in the fourth year of his tenure as executive director of the Haven, “There were no paid staff, and there was a host family for the shelter at the site of present-day Hixon House, the Haven’s adult shelter.” From these beginnings, the Haven has grown to a powerhouse of good in the Upper Valley, serving over 10,000 individuals in the past year alone who were in need of food, shelter, or any sort of helping hand.

Renee Weeks, longtime director of clinical services at the Haven, who now works at the Vermont Agency of Human Services, speaks of the Haven’s work as something special: “There’s a phrase around here that we use in-house and we call it ‘Haven magic.’” She tells stories of serendipitous instances such as when a family might be moving to permanent housing out of the shelter and will be in need of a mattress, and half an hour later a donor will call looking to donate a mattress. It’s not just these sorts of instances that make the Haven special though, Weeks said. It’s also the staff: “We refer to our staff as the magicians of the Haven, because not only is it these moments of ‘Wow, I can’t believe that happened right when we needed it,’ but the staff are doing that work every day.”

In addition to the staff and volunteers, the community at large is a huge part of what keeps the Haven rolling day-to-day. Laura Gillespie, director of development and communications at the Haven, sees that on a personal level in her work of raising much-needed funds for the Haven: “People are so frequently and generously thinking of ways to support our work.” Gillespie shares the story of two little kids coming in with their family to donate $17.46 from their lemonade stand. “It’s a joy to do this work,” Gillespie said, “You don’t have to explain to people why they should give and give generously. They get it.”

During the 2021 holiday season, community support came to the Haven in a big way, as it had for the nine years prior. Each December, the Haven runs its “19 Days of the Valley” campaign, during which businesses around the community donate a portion of their sales to the Haven. This holiday season marks the 10th anniversary of 19 Days of the Valley, which was first known as “19 Days of Norwich” and began with Dan Fraser, co-owner of Dan & Whit’s, when a shopper came in to make purchases to help fill the Haven’s food shelf, which she had heard was nearly empty.

“It got me thinking,” Fraser said. “We’re in the food business, there might be something we could do to help support them (the Haven).” Fraser came up with a simple formula – Dan and Whit’s would donate 1% of their sales during the first 19 days of December toward the Haven’s food shelf program. “Then, we started challenging other businesses to do the same thing,” Fraser said. “This (19 Days) is now the largest fundraiser for the Haven.”

The first business to join in was Diane’s Casual Cuts, a Norwich beauty salon that has since closed. Beginning in 2014, Diane’s Casual Cuts went head to head with another local salon, Andrea’s Hair Studio, in a “battle of the beauticians,” competing to see who could raise the most money to support the Haven through the 19 Days campaign. After three years, the hairdressers joined forces, calling their effort “bonding of the beauticians,” and they raised between $20,000 and $40,000 each year.

“It’s businesses and lots of individuals who give at whatever level they like,” Gillespie said. The funds raised by the local businesses are now also matched by the Jack and Dorothy Byrne foundation and in 2020, 19 Days raised more the $421,000 for the Haven. Now, with participation growing all throughout the Upper Valley, 19 Days was able to collect over half a million dollars during last year’s fundraiser. “I am just so buoyed by this community effort on our behalf,” Gillespie said.

The goal of this philanthropic initiative, Fraser said, is “to encourage people to participate and shop locally and support the Haven.” Since the start of the pandemic, shopping locally has become a popular trend, and it makes sense. Not only does it boost the local economy, but, “we need to rely on products that are closer to home and businesses that are independent, because chain stores can’t necessarily react as quickly (to changes in the economy) as an independent store could,” Fraser said.

Since 2013, the fundraiser continues to grow every year. In addition to the monetary contributions from participating businesses, community support is rallied through a series of fun and motivating events, like the annual Norwich “Turkey Trot” (which serves as an unofficial kickoff to 19 Days), a flash mob of angels and elves at the Ledyard Bridge waving to passing cars, and a pancake breakfast put on by Mascoma Bank. Ledyard National Bank, who usually hosts a grilled cheese lunch during the fundraiser, started a new tradition during the pandemic – collecting votes on which color to dye the bank manager’s hair! “Every year it’s a little crazy…it’s really sort of hokey fun,” Fraser said.

Participating businesses choose to contribute in a variety of ways. They might donate 1% of all their sales, a portion of their sales, or even sponsor an activity to boost the giving spirit that keeps the fundraiser thriving. Some Upper Valley businesses and locales hold contests to collect a certain type of non-perishable food like tuna, tomato soup, or cereal. These types of activities allow the community to come together in support of a common good, and it gives families a chance to “talk about people who need food and what that means,” Fraser said. “The community’s only as strong as its weakest link,” he added. “It just is the right thing to do.”

“I’m proud of our group, proud of our volunteers, and proud of our community.” Pickell said. Redmond concludes, “There’s just this feeling of everyone pulling together for things that we believe in and that we are all meant to be here at this moment in our life.”

The issues that the Haven addresses are truly pressing issues here in our community and in the states of New Hampshire and Vermont. “When I came here,” Weeks said, “seeing how prevalent homelessness was in our small state was really alarming to me, and seeing how many people in our state are living right at the edge of affordability.” The Haven works to de-stigmatize the idea of people reaching out for help when they need it, as there is no telling when or why someone might need help. Weeks remarks on how quickly or easily it is for any of us to become homeless in unexpected and difficult circumstances and encourages people to reach out when they need it. Pickell recalls the words of a shelter guest: “I wish I would’ve asked for help sooner.”

The Haven is celebrating its 40th Anniversary by sharing 40 stories of people, events, ideas, and services fundamental to its mission that can be found on the website at www.uppervalleyhaven.org. The Haven is open Mon-Thu: 9am-4:30pm and Fri: 9am-3pm. The Haven relies overwhelmingly upon support from the community to carry out its mission. Support comes in myriad ways, including financial donations, volunteer time, and donations of food and clothing. Over 70% of the Haven’s revenues come directly from individuals who make donations by check, credit card, or gifts of stock.

19 Days of the Valley celebrates its 10th anniversary this holiday season! To learn more or get involved, visit uppervalleyhaven.org/events/19days and reach out to the Haven, or email Dan at dan@danandwhits.com.