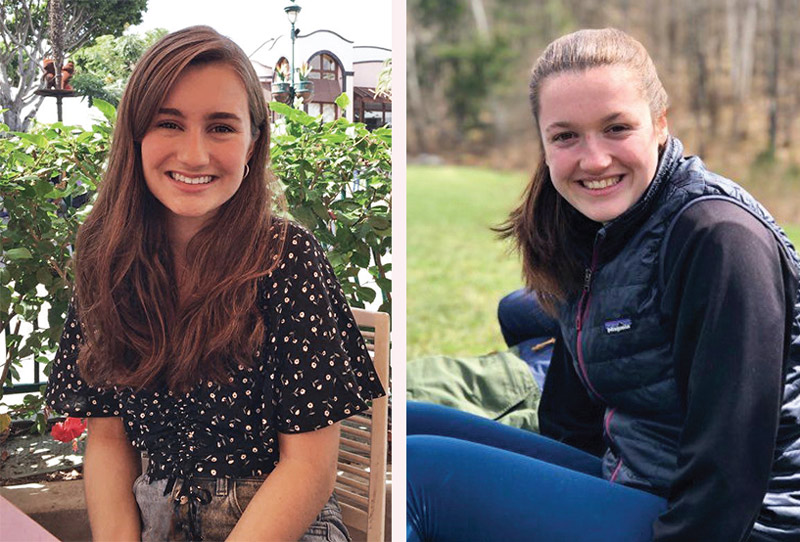 The wave of Black Lives Matter protests sweeping across and beyond the US has forced white Americans to open their eyes to racial abuse and injustices that are centuries old. The murders of George Floyd, Breonna Taylor, Ahmaud Arbery, and more recently the shooting of Jacob Blake, have sparked a series of protests, demonstrations, and campaigns across all sectors of society. The music industry shut down for #blackoutfriday. Books about Blackness, Whiteness, and antiracism have shot to the top of bestseller lists as non-Black people strive to learn more about an issue that we have had the privilege to ignore for too long. Students, teachers, and professors at many universities and high schools, including Hanover High, have created pages on social media dedicated to telling the stories of BIPOC at primarily white institutions. The stories posted anonymously on @culture.at.hanover are disgusting, but not surprising, and pressing reminders of why HHS needs to directly address racism and other forms of hate.

How did you hear about this committee and what prompted you to join?

I learned about this committee through the HHS Council, and decided to join because it seemed like a way to help both myself and my school grow in a positive way.

Being from a community of mostly white, privileged residents, how are you navigating the unfamiliar waters of racism?

I am really trying total a step back to listen, learn, and become more self aware, as well as embrace the necessary discomfort of the conversations.

How can you make a difference in the world beyond Norwich now and as you prepare to leave the nest, so to speak?

I think just having an awareness of the privilege that I have, and using

As the end of the school year drew near, Council devoted one of its last meetings of the year to discussions of racism at HHS. We heard members’ frustration at the inaction of the administration to address incidents of racial abuse, as well as their motivation to do more. People wanted actionable steps to create change, and Council leadership had late-night meetings thinking of how to best provide a space and resources for students, staff, and community members committed to continuing the conversation about racism at HHS, and to finding ways to combat that racism.

Reilly Uiterwyk and Ellie Stannard, inspired by the body’s desire to devote more meeting and discussion time to the topic of racism, as well as any other form of discrimination based on a person’s religion, gender identity, or sexual orientation, brought forward a motion to form the Antiracism and Inclusivity Committee (or AIC). As with any Council committee, AIC would invite and encourage everyone, including non-Council members, to attend. It would be able to elect its own chairs and make decisions independently of Council. The creation of the committee was put up to a vote, and the motion passed.

Because committees need chairs to be effective, Reilly, Ellie, and I became interim co-chairs until we can hold elections this fall. We believe that one of the key concepts behind the AIC is amplifying the initiatives of pre-existing groups, such as the Staff Equity Group, the District Equity Group, and Diversity Club. These groups are already doing crucial work, including organizing MLK Day speakers and conducting and interpreting the District Equity Audit. As such, we invited members of these groups to speak at our first meeting, which took place on June 10th. Ms. Voake, Ms. Hansen, and Meredith Felde were kind enough to prepare presentations summarizing the goals and actions of the different groups, and attendees of the meeting had a chance to ask questions after the presentations.

Students and teachers alike agreed: we are obligated, as a school and as individuals, to work towards a better HHS. Because actionable steps are often (if not always) better than words, I suggested that we form summer book groups to read and discuss books about race and racism. We sent out a survey and ended up with two reading groups; one group chose Robin DiAngelo’s White Fragility and the other Ibram X. Kendi’s How to Be an Antiracist. Additionally, the larger group agreed to read Ta-Nehisi Coates’ Between the World and Me, a nonfiction book written as a letter to the author’s teenage son and inspired by the epistolary structure of James Baldwin’s The Fire Next Time.

We understand that education and information are only the beginning of the change we need to realize. As Kendi writes, it is not “ignorance and hate [that] cause racist ideas.” Instead, “the self-interest of racist power” is “the root problem.” This self-interest produces “racist ideas to justify the racist policies,” thus maintaining the racist power structure. However, education is an important first step to wrapping our heads around the history and complexity of racism, and it can help us find a starting place without reinventing the wheel.

As school ramps up again, Reilly, Ellie, and I are excited to meet with the group and discuss next steps. We hope to discuss Between the World and Me, hold elections for this year’s chairs, and work with Diversity club and the Equity Groups to find ways to create and implement policies that can help HHS become a safe and welcoming place for everyone. We would love to have you join us, and we will be sending out a meeting date once we see what school days will look like. Please email any one of us (ellisonstannard@hanovernorwichschools.org, reillyuiterwyk@hanovernorwichschools.org, or juliacook@hanovernorwichschools.org) if you have any questions or would like to join the mailing list.