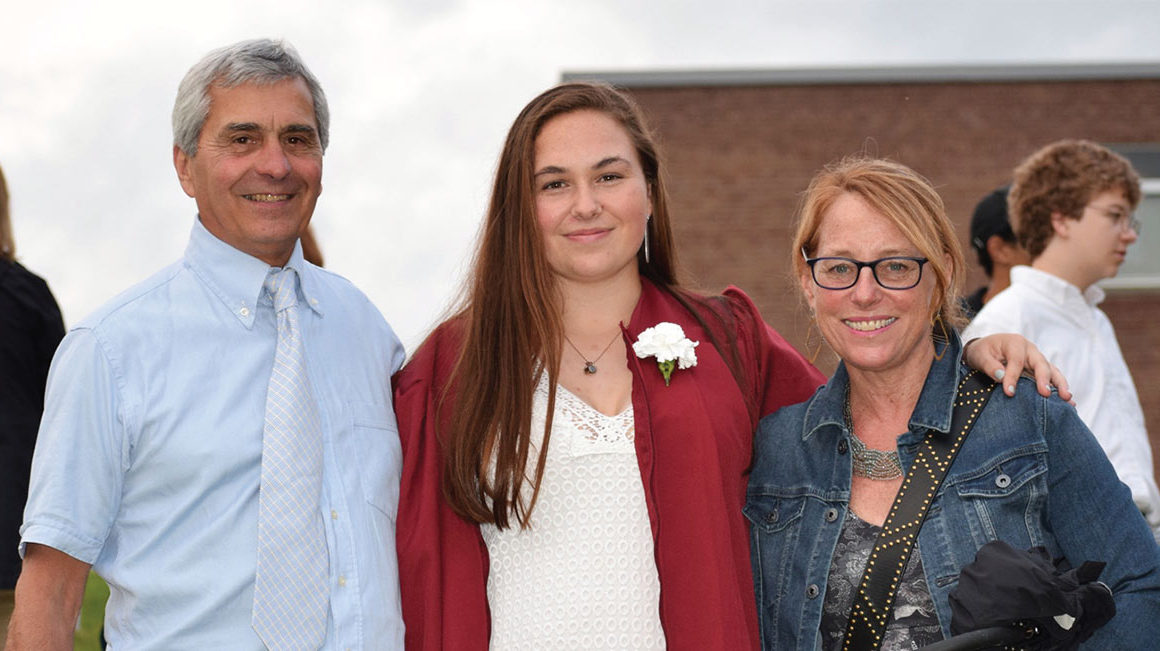 Navigating young-adulthood is not always easy. Relationships are difficult. School is challenging. Responsibility is not always an easy concept to grasp. And control does not always seem attainable. Often times, passion and involvement are the things that make all of these challenges seem less daunting and more manageable.

For Sophie Cardenali, that passion and that involvement have been found within the sporting community. Sophie, a Norwich resident and Hanover High School graduate, has been playing sports for as long as she remembers. With parents that both coach skiing, Cardenali recalls fondly that sports have “…always been a big part of my life.”

Cardenali played soccer until her sophomore year of high school before realizing that the match was not meant to be and pursued field hockey for the rest of her high school career. She has played lacrosse since third grade. 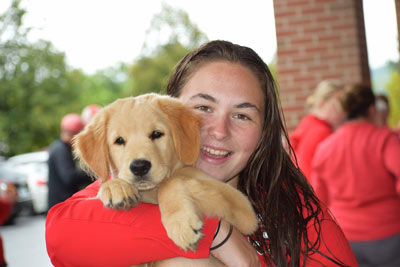 Cardenali started her first year at St. Lawrence University in Canton, New York in August. While she acknowledges the challenges and the ways in which her freshman experience differs greatly from her experience at Hanover High, she also enthusiastically notes how much she has enjoyed the year thus far.

Despite a demanding and wide-ranging course load, Sophie is a member of both the field hockey team and the lacrosse team at St. Lawrence. Her field hockey team just finished their season during which she started as the team’s goalie in nearly every game. She reflects on her appreciation for her experience with field hockey this fall. As she started her field hockey career much later than that of lacrosse, she appreciated the more challenging level of play that she experienced at the college level and notes that she gained valuable knowledge of the game that she was able to apply to her performance throughout the season.

Cardenali also takes the time to reflect on the ways that lessons learned throughout her sporting career have translated into the rest of her life. She capitalizes on the work ethic that she has gained from playing sports, commenting that these values are ones she may not have otherwise learned. She also touches on the time management skills that she has gleaned from her sporting experiences as well as interpersonal skills that she has acquired and the ability to adapt quickly to different situations:

“It’s taught me a lot about how things can change and how to adapt to different situations and how to work with people that are different or similar to you but also having fun and getting to meet new people.”

She acknowledges that during her transition from high school into college life, these lessons, values, and strengths have played an important role. 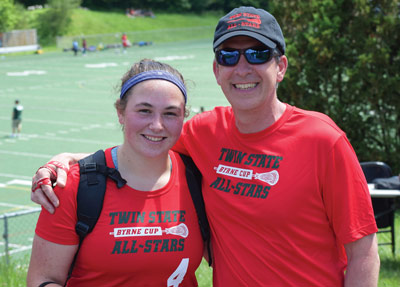 Sophie credits much of her success to great coaching, pictured here with Coach Chris Seibel.

Juggling a heavy course-load with daily practices as well as travelling for away games was very hard and different from what she had grown accustomed to during her time at Hanover High School. She notes that time management was key in keeping her on track with her busy schedule, she also firmly states that despite the difficulty of the situation, “…it’s better to learn it now.”

Above all else, Cardenali capitalizes on the importance of the relationships that she has cultivated within the sporting community. Noting that the friendships she made with her freshman year Field Hockey team were among the things that helped to make her transition into college life smooth and seamless.

Sophie also speaks at length about the relationship between athletes and their coaches. With experience as both an athlete and a coach, she provides great insight into the qualities that make a coach successful. She acknowledges that while all coaches are different, each one has helped her “…in one way or another.” Cardenali states that, overall, an effective coach is “…able to connect with the players and support us, but also able to be the that person that gets us focused and get us going and teaches us what we need to learn.” 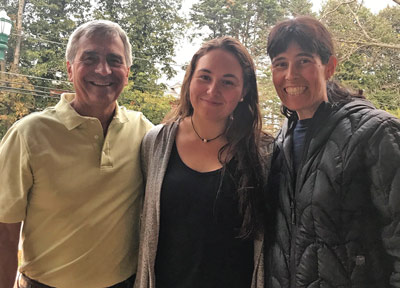 Sophie with her father, Jim, and her stepmother, Amy Tuller

She reflects, specifically on the coaching duo that led her junior year high school lacrosse team to win the state championship: Chris Seibel and Whit Stearns. While Seibel had coached Sophie and her teammates for years, Stearns was a new addition to the team and Sophie confidently states that Stearns’ difference from past coaches was one of the things that helped most in bringing the team together and helping everything to fall into place. She goes on to state that the two coaches had the “…perfect balance…when one of them needed to be intense, the other one could be our friend and support us.” She goes on to say that so much of the victory that year was due to the coaches’ ability to relate to the players in different ways and their consistent support throughout the season.

However, Sophie closes by emphatically stating, “Though overall it was my teammates and the girls I was playing with everyday that made me the player I am, we just had the help of these coaches.”

The lessons that Cardenali has learned from her consistent involvement in the sporting community are boundless and valuable and have helped to mold her into the person that she is today. 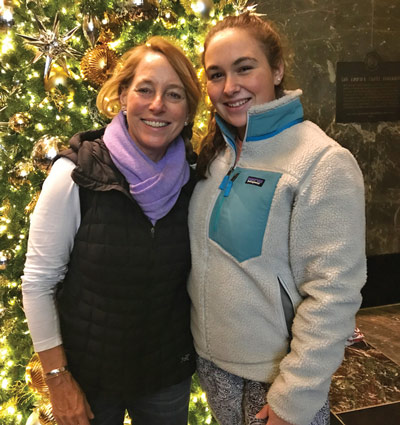 When asked whether she sees herself pursuing a career in this vein, the answer is one of relatively distinct affirmation. Sophie, herself, has a great deal of coaching experience. From coaching skiing in France and at various camps across the country, to coaching locally at Quechee Mountain, to working for Empower Lacrosse club (a local club team for young girls looking to develop their skills), she has found an appreciation for coaching that she can see herself pursuing in the years after college.

However, for now, Sophie is quite happy keeping her options open and experiencing life as it comes as she continues to grow as a person and an athlete both on and off the field.