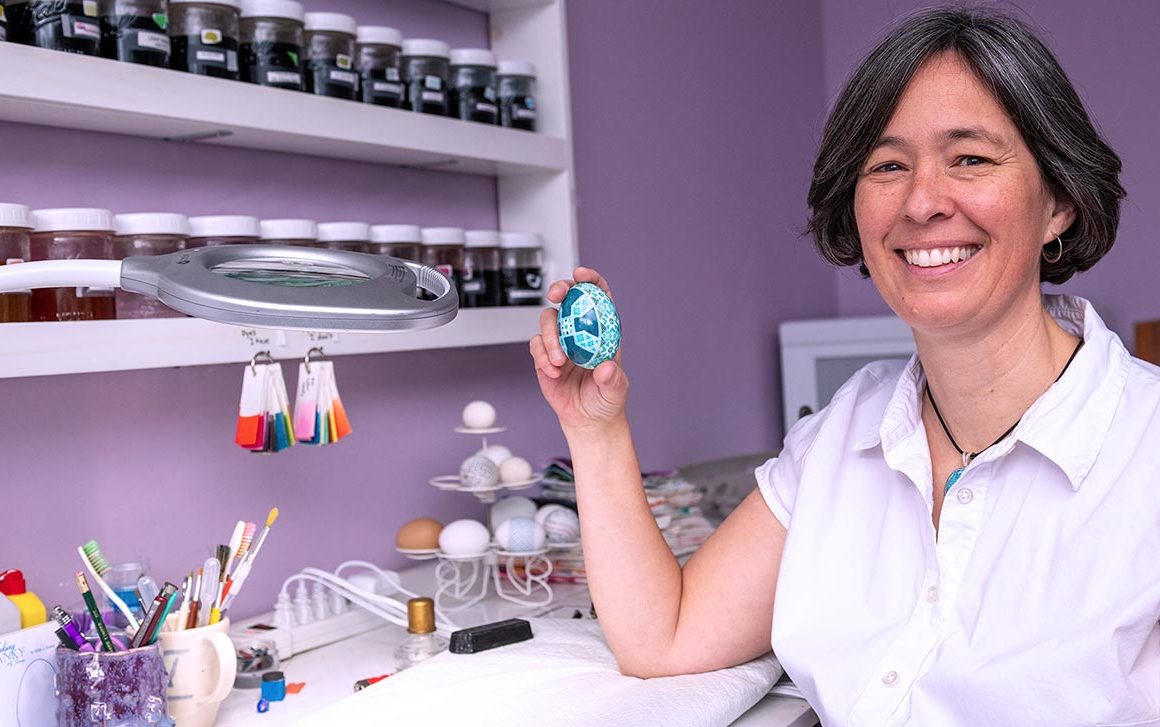 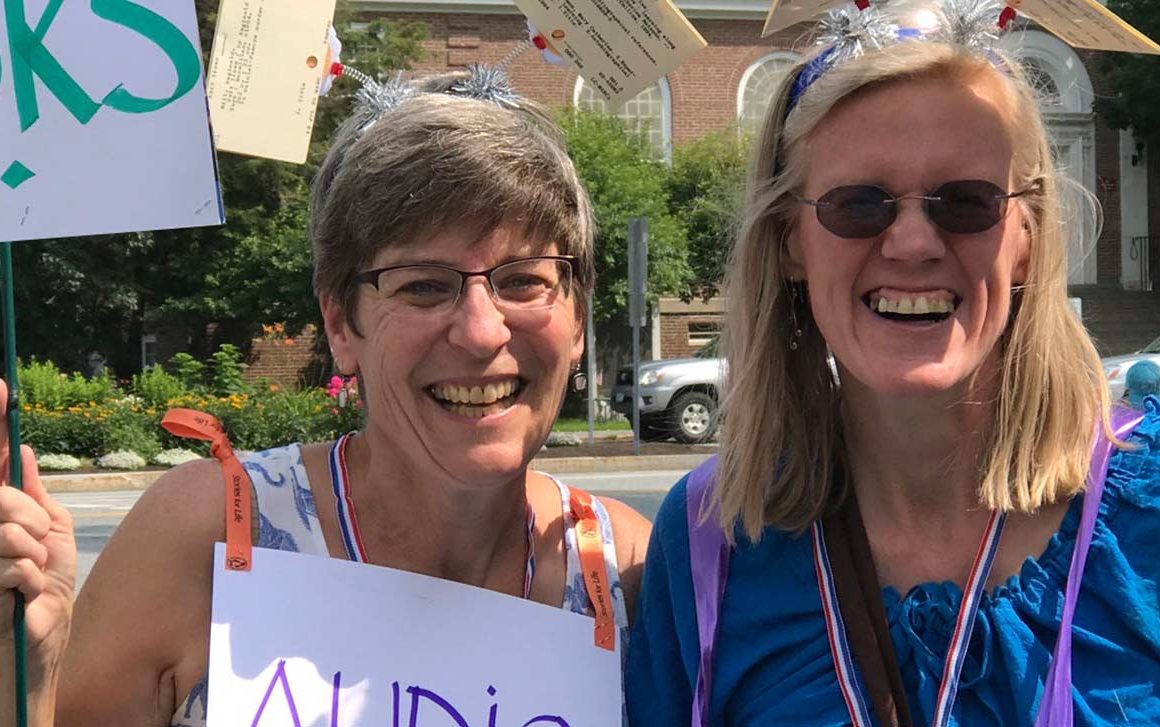 On a typical day at the Norwich Public Library, Lucinda Walker might find herself checking in with the library staff, responding to patrons’ questions about how their phones work, listening to a student talk about her day at school, loaning out an energy meter, managing the library budget, buying the latest books and media for the library collection, greeting enthusiastic library volunteers, and considering an innovative idea for a new library activity from a patron. And we used to think a library was only about books!

Celebrating 20 years as the Director of the library, what Lucinda has come to appreciate most are the positive relationships with the people who come to the library not only to check out books and media, do research, or play in the backyard, but to enjoy the sense of community Lucinda and her team have created for Norwich residents and guests.… Read More

A Closer Look at Elsie Sniffin

Every individual has a role to play.

Every individual makes a difference.

It’s unusual for a small Vermont town like Norwich to be featured on the CBS national news because of its citizens’ goodwill. But that’s exactly what happened in early December when Dan & Whit’s general store owner Dan Fraser put out a plea for help due to the statewide worker shortage. Every position needed to be filled or the store would close. That’s when community members stepped forward and volunteered to stock the shelves and run the registers. Remarkable as the turnout has been, and it has been an amazing event, this is far from the first time the people of Norwich, sometimes as a group, sometimes as individuals, have stepped forward.… Read More

“How can we help?” Reverend Jan Hutslar and the folks at the Unitarian Universalist Congregation of the Upper Valley in Norwich were able to answer this question by hosting the retrofitted RV that Simon Dennis, director of the Center for Transformation Practice (CTP) in Hartford, and his team put together to house two previously un-housed persons.

The RV has been outfitted into two apartments that can each house a person comfortably with the necessary amenities for most activities of daily life. The church first became involved in the project after Dennis sent a letter to the congregation gauging their interest in hosting the RV home.… Read More

Coming Together to Save the Heart of the Town 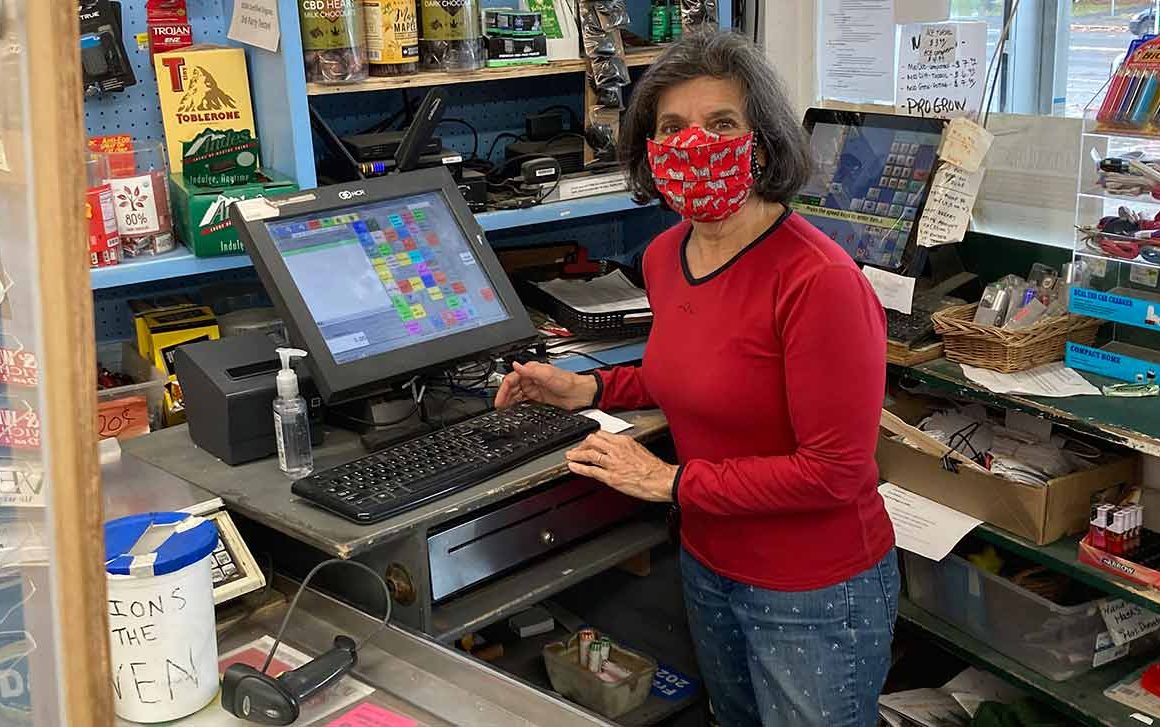 A local store struggles to maintain staffing during the Covid pandemic and is faced with the possibility of having to shutter for good. The owner throws a Hail Mary pass and puts out a call for help to the community – would residents and customers be willing to take a weekly shift? And in a resolution fit for a Christmas movie, many people answered the call. The store is saved.

Of course, this isn’t a Hallmark movie, and it isn’t any local store. It’s the true story of how Dan & Whit’s stayed in business despite losing most of its staff due to the exigencies of a global pandemic. … Read More 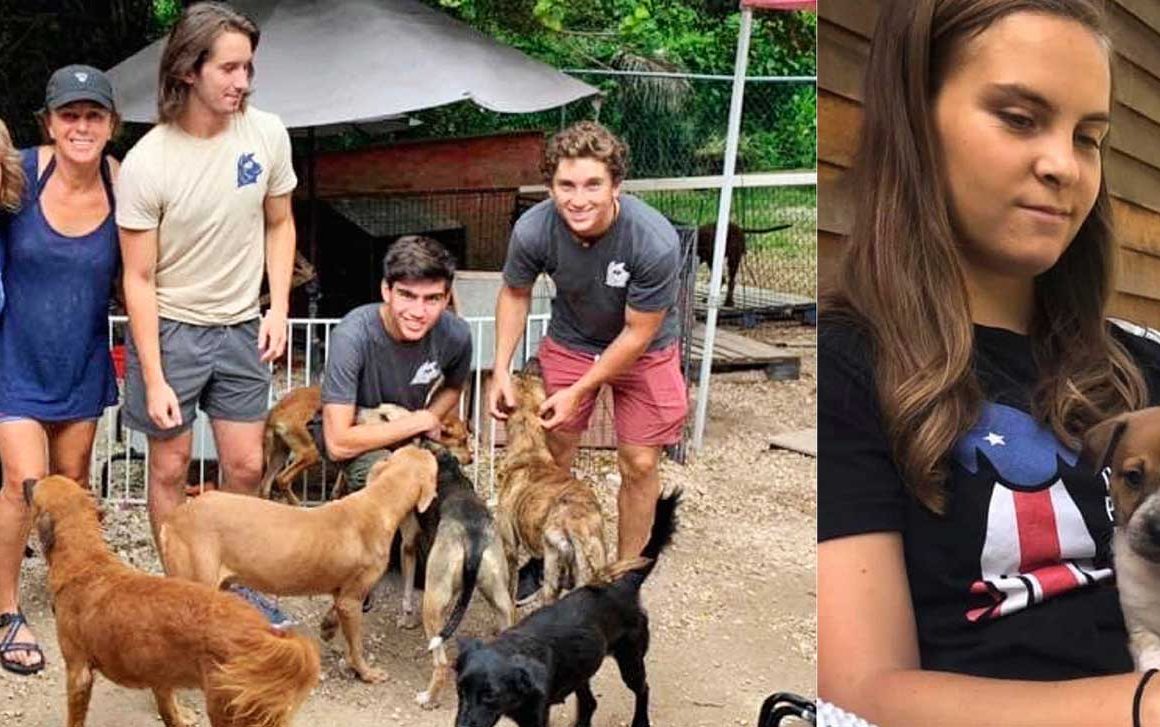 “Hey mom! What kind of dogs are those?”

“Well, where’s the owner? And why are they out on the streets?”

“They don’t really have owners. That’s why they’re called village dogs. They kind of have their own communities.”

“Ok, well can we feed them? Can we take them home? They look starving, and they’re all so skinny!”

“You can feed them, but we can’t take them home.  I know it’s hard but there is not a lot we can do.”

It was 2010. Aimee Goodwin and her sons, Azor and Sam, along with Eydie, John, and Brook Leigh, also of Norwich, were cycling the streets of Tulum, Mexico.… Read More

December 10, 2021 by David Callaway No Comments

For a clear historical snapshot of a community like Norwich, there is no better resource than a census report. The census sketches out the character of a town by providing information about where people were born, size of family, education, occupation, and income. If you look carefully, you can get a sense of the society in years past, especially when you examine the occupation column. For example, in the 1940 Norwich census, laborers, farmers, lawyers, doctors, and professors were positions all held by men. Most of the women were listed as housewives. It was a rarity of the times to find a woman who worked outside the home.… Read More 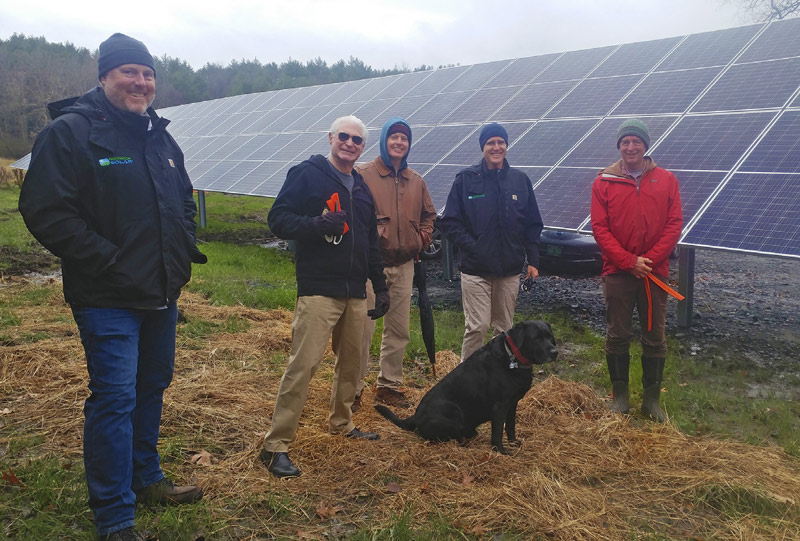 Says Norm, “I believe lower income Vermonters care as passionately about climate change as their more affluent neighbors, but feel they have to focus their finances on the basic needs of food, shelter, clothing, and childcare.… Read More 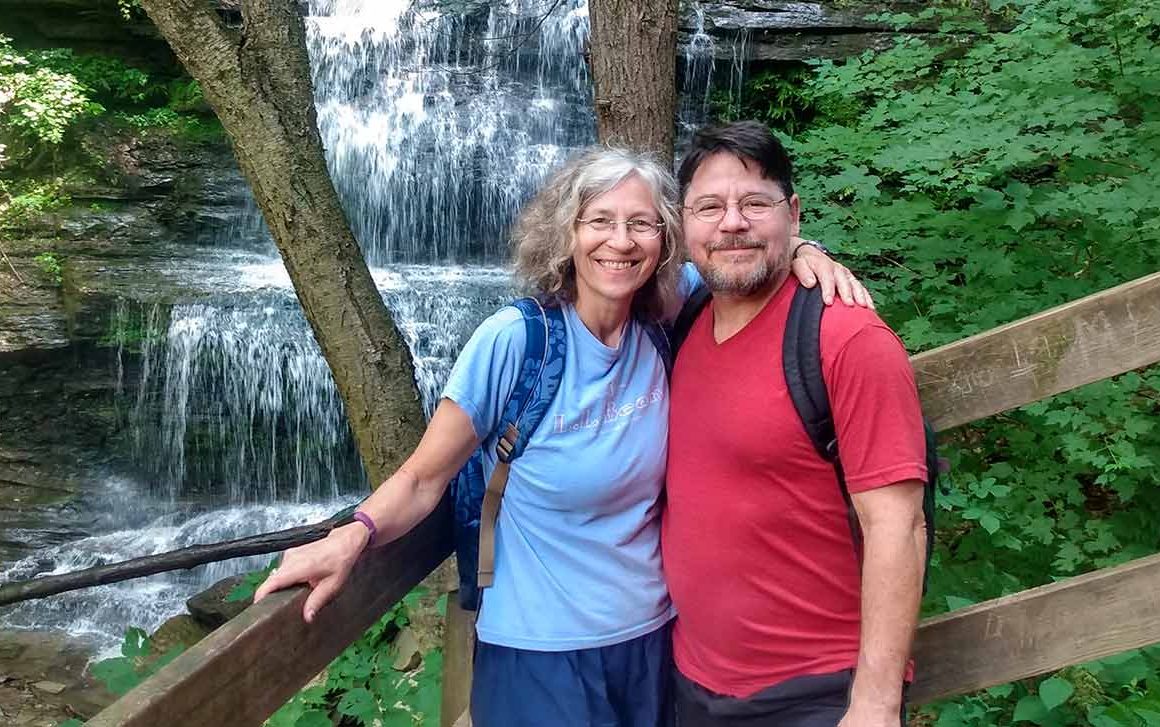 What makes the community of Norwich, Vermont, so special? Peter Hanaway isn’t sure he can put his finger on it exactly, but as someone who has lived in Louisiana, Oregon, Rhode Island, Philadelphia, and Europe, he can say for certain that the sense of community here sets it apart from many other places.

It’s been a peripatetic few years for Peter and his family. After decades in Portland, OR, where he and his spouse, Annie, had established careers and started a family, the end-of-life illness of Annie’s father brought them back east to Philadelphia. When he passed, their intention was to take Annie’s mother with them back to Oregon, but her own failing health made that untenable.… Read More 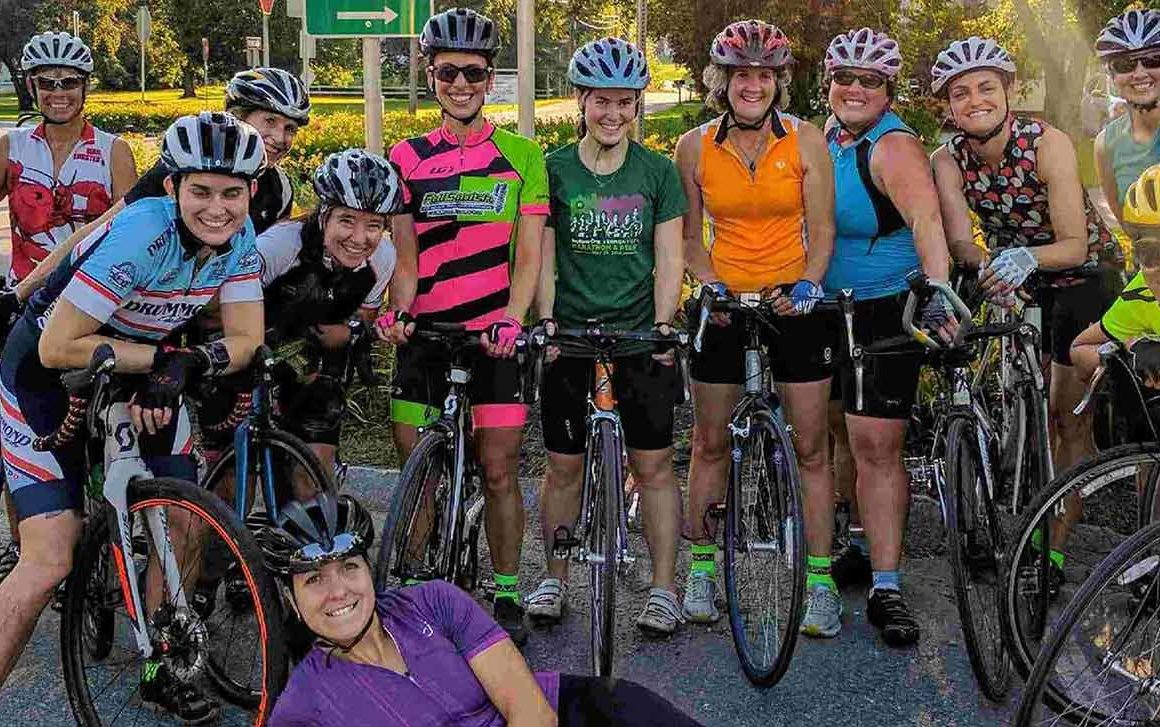 It was five o’clock on a sultry evening in August, and a group of women was gathering in the back parking lot at Dan & Whit’s Country Store in Norwich. Companionable chatter competed with birdsong and the sound of what passed for evening rush hour traffic on Main Street. Bikes came off racks, shoes changed, helmets strapped on. The riders were ready to roll.

The ride would travel the hills of Norwich by New Boston Road to Stowell Road, circling back via Academy and Campbell Flats. The organization responsible for bringing this coterie of women together is the Upper Valley Women’s Cycling Club (UVWCC).… Read More