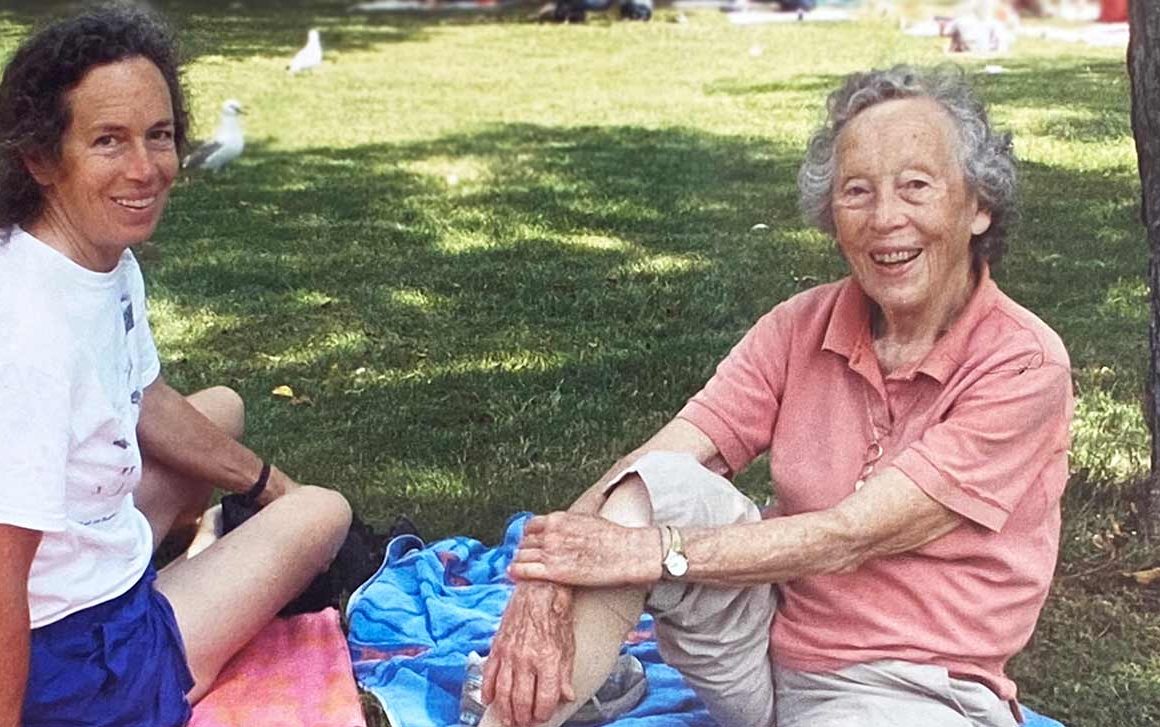 Ruth Sylvester, herself, was exceptional in every way. I can safely say that the Norwich Times would not be the time-honored publication it continues to be were it not for the articles she wrote for just about every issue since the very first one in September 1997. Although Ruth and I rarely saw each other over those 20+ years, and didn’t have much in common superficially, I felt a deep love for and connection to her that I couldn’t explain. She truly und erstood my mission for the Norwich Times and was able to capture and translate the essence of Norwich and its people, places and events like no other.

And, why, you might ask, did I not feature her when she was living among us? Because, true to who she was, she did not want the focus to be about her. She wanted to shine her light on others.

While Ruth has passed on, her spirit is alive and well in everyone else’s stories she so magically shared through her written word.

Ruth Ellen Sylvester lived an extraordinary life – one filled with adventure, song, dance, books, writing/editing, athleticism, travel, gardening and a myriad of friends. But there was more. This was a woman who was joyful, generous and compassionate, one who took risks and was not fearful of being alone. Her strength of character was reflected in her philosophical optimism and her encouragement of others to share in kind.

Ruth was born in the spring of 1952 and passed away in the winter of this year after a courageous battle with cancer. The host of family and friends who surrounded her mirrored the admiration they had for her.

“Her gift for being fully involved in the present moment made her wonderful company,” said Ruth’s spouse, Edith Forbes. “She was quick to notice other people’s needs and liked helping in ways large and small. Thanks to her generosity, joyfulness and multiplicity of interests, she had a wide and warm circle of friends.”

With a degree in classical Greek and Latin from Bryn Mawr College in her academic pocket, Ruth headed north in the early 1970s to Franconia, New Hampshire where she had lived and worked on a vegetable farm during summers while in school.

“This was a reflection of her style,” said Forbes. “It wasn’t political or philosophical as was the sign of the times back then when people were getting college degrees and then moving back to the land. Ruth was just enthusiastic about life and lived in the moment. She got fully absorbed in whatever she was doing. She loved being at the farm but I think eventually she outgrew it.”

As such, Ruth relocated to Norwich where her parents and grandparents had previously retired. The move gave her the continuation of a lifelong connection with the Vermont town. At first, Ruth tried a variety of work including the Kiewit Computation Center, Peter Christian’s Tavern, Countryman Press, and substitute teaching. Eventually, she became a freelance writer and editor. She edited books by local authors and wrote regularly for the Norwich Times, Quechee Times and Lebanon Times.

She had a vast storehouse of memorized poetry, Forbes noted, that she could recall to suit the moment. Close friend Marcia Cassidy agreed. “I think because Ruth majored in classic Greek and Latin, it gave her an understanding of words and vocabulary that were deep in their roots. She was an incredible writer and a keen listener. It was never about her, but always about others.”

As longtime and dear friend Steve Maker noted, Ruth spent decades helping others in a variety of ways. “She was serious and consistent about helping others have fun,” said Maker. “She held annual parties, one of which was called GBC for garlic, butter, and chocolate – the major food groups – and people had to bring a dish that had one of those ingredients in it. Can you see what fun that would be?”

Good friend Tracey Sherry recalled Ruth’s annual strawberry and lobster parties, among others, the purpose of which were to assemble friends and neighbors. “They were really excuses to bring people together and to share good, fresh food,” said Sherry. “She was so generous of heart and spirit.”

“Ruth wrote profiles of people in the area with
her eye on a particular topic. She loved words.
She had an acute ear for the exactness of
language. In fact, one could have called her ‘a
birdwatcher for language.’” -Edith Forbes, spouse

In 2001, Ruth began attending a local reading group where she met her future spouse, Edith (Elfie) Forbes. The couple celebrated their civil union in 2004 and a legal marriage five years later. They moved to Forbes’ farm in Thetford where Ruth dove into gardening and tending to the farm animals.

As a local resident and passionate cello musician, Ruth also joined the Upper Valley Music Center in which she played with several ensembles, including a string quartet, a folk dance jam group, the Bach study group and the Upper Valley Chamber orchestra. She also served on the organization’s board.

“We were delighted to have her as a colleague at the Music Center,” said Louis Cornell, president and board member, and one of the founders of the organization. “She had played the cello as a girl but gave it up until she joined us.”

Ruth also came on board as a student of chamber music which is how she initially became involved in the center, Cornell related. “She was enthusiastic and funny,” Cornell said. “She had a wonderful sense of humor which made working with her a joy.”

Cornell met Ruth through her parents with whom he was friends, and the two musicians played string quartets together for years. She was a chamber music player and was also in the chamber orchestra. “Ruth was intelligent and enterprising,” said Cornell. “She was an independent soul who was willing to take risks. She leaves a big hole where she touched many lives in all kinds of circumstances and considerations. She was a delightful person to know, and she will be very sorely missed.”

Ruth was deeply involved with a variety of dance styles including English country, contra, Morris, folk, and ballroom. She also became a lifelong dance caller. The adventurous and independent sides of Ruth were reflected in her world travels – solo. While at Bryn Mawr, she traveled around the western United States and, after graduation, through Europe and Africa by herself.

“She loved life,” said Forbes. “She loved being alive. She trusted fate and, in general, that served her well.”