Not Your Average Executive 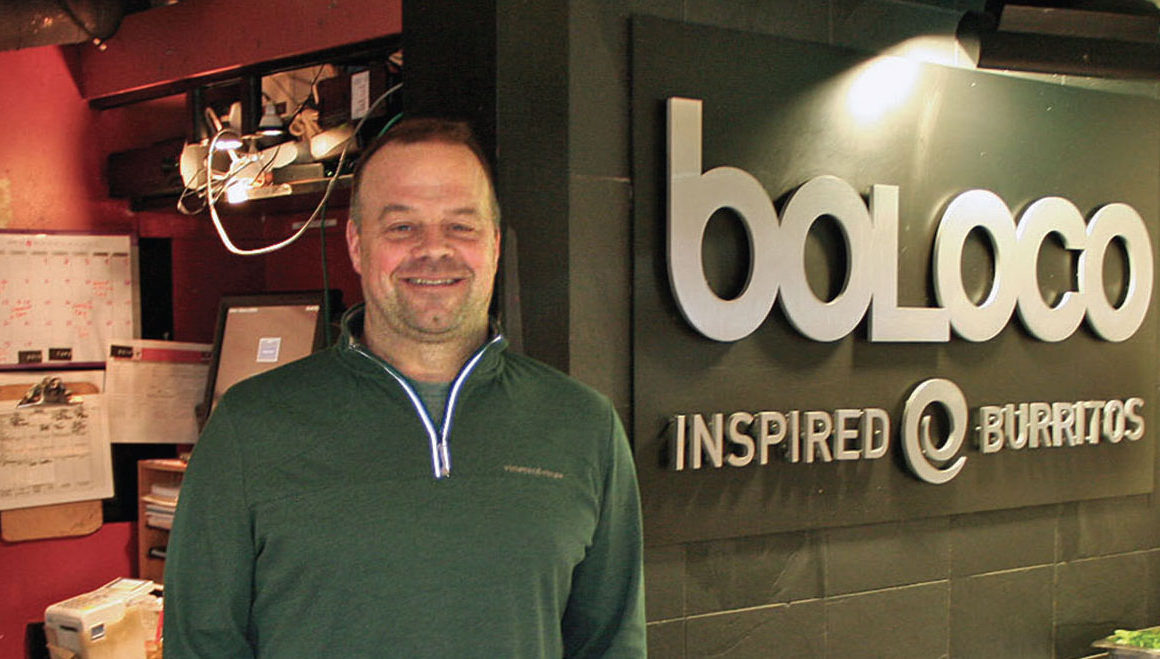 John Pepper is living proof that even during these turbulent times in which we now live, the American dream of achieving corporate success is alive and well. However, spending time with Norwich resident John Pepper will quickly convince you that even with his history of

overwhelming corporate success, he has broken the mold for a top executive. No fancy board room for John. His Norwich home serves as his corporate headquarters, as well as a single desk in shared office space across the river. 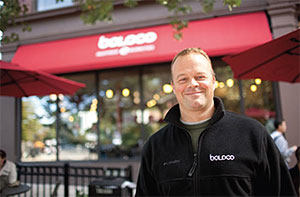 “We want all our employees to excel,” says Boloco’s John Pepper.

John serves as CEO and cofounder of Boloco that was once described as “A Boston-based family of 22 restaurants and over 450 team members that serves globally inspired burritos, bowls, salads, smoothies and shakes with locations in MA, VT, MD, RI, DC, and of course, Hanover, NH.” John has modified that description.

“When the corporation went through financial difficulties in 2015, I returned to Boloco, bought out our institutional investors, and have since reduced the number of restaurants to 11. I now base everything right here in the Upper Valley. My wife Maggie and I pretty much had our choice as to where we wanted to live when I first left Boloco in 2013. Debating between Boston, San Francisco, and the Upper Valley, the whole family agreed on Norwich. This is where we call home.” John stated.

He is certainly no stranger to Norwich and Hanover. John has long been a fixture in both locations having graduated from Dartmouth College in 1991 and The Tuck School of Business in 1997.

“I really got to know the area as a second-year Tuck Student,” he explained. “I rented a house in Norwich up on Hawk Pine in the mid-’90s and later bought our first home way up on Turnpike and lived there for six years starting in 2003. All of our kids were born here. As Boloco was based in Boston, I commuted every week on the Dartmouth Coach and later Cape Air. That got a little tiring, so we left Norwich for 5 years to be in downtown Boston when the business was expanding quickly, but returned to Elm Street in 2014. We love it here.” 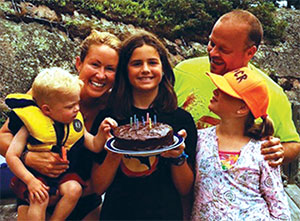 Once established in the late ’90s, Boloco and its cofounder charted a course that most powerful restaurant chains had not followed. Boloco’s mission statement placed its workers’ welfare over maximizing bottom line profits, an unheard-of policy in most corporate worlds. The following is a portion of Boloco’s mission statement: “Creating a platform to safely and systemically amplify the voice and increase the income of low-wage workers in retail, services, and hospitality. Most importantly, however, its long-time mission to positively impact the lives and futures of people who work in fast food through bold and inspired food practices has put the company on a different playing field.”

“We want all our employees to excel. Our workers should be able to move on in their lives and earn a wage that supports their families. We offer food service safety courses, ESOL classes, and leadership retreats that allow them to move forward and take management positions at Boloco or elsewhere. We believe in a higher wage not just as the right thing to do but as an effective long-term business strategy. Our average wage in Hanover, for example, comes to around $14.50 an hour, double the minimum wage,” John said. Today, Boloco is also one of the few restaurant companies in the country that is a certified B-Corporation, joining the likes of King Arthur Flour in legally recognizing a triple bottom line – people, environment and profits – as a company’s fiduciary responsibility. 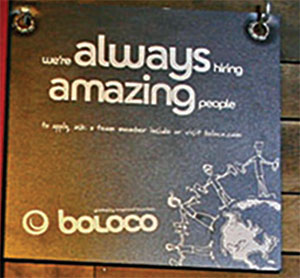 Studying John’s self-written résumé will explain his passion for his workers and his dedication to the cause. Here is how he once described himself. “Passionate about finding and developing technology that aids the restaurant business and most importantly its hourly workers. Working on new technology start-up as of late 2014. Part-time Lyft/Uber driver, drone pilot, wannabe/try-to-be writer, inconsistent blogger, nervous but passionate speaker and enthusiastic adventurer. Got lucky one year and won the 2012 Regional Ernst & Young Entrepreneur of the Year.”

John Pepper is not your average executive. He is originally from Cincinnati, Ohio and his wife Maggie was born in San Francisco, CA. They have established Norwich as their home base and have three children, daughters Tibby, age 13, and Izzy, age 11, and newest addition son Bo is three years old. At age 47, John hopes to add another challenge to that résumé.

“I just announced that I will run for the Selectboard here in Norwich. I am hopeful I can bring some new ideas and creative concepts to that position.” 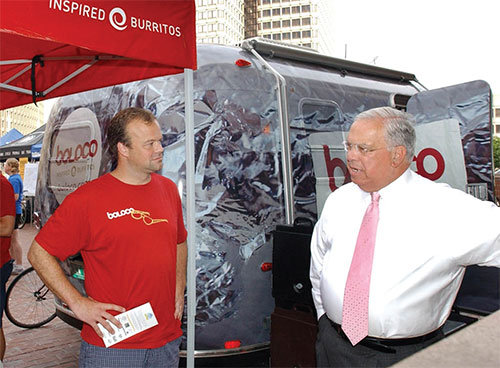 « Previous post
Reflections on the Women’s March
Next post »
Root Schoolhouse Has Come a Long Way This Year: Anticipates 2017 Reopening