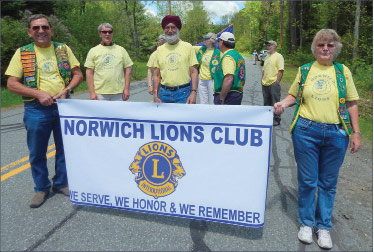 You probably know that the Lions Club runs the Norwich Fair each year, complete with rides, cotton candy, the dunk tank, a pig roast and even a Meadow Muffin competition. But you probably don’t know how many businesses help out behind the scenes, or how many local charities benefit from funds raised at the event.

It may surprise you. Over the past year, the Lions donated about $22,000 to nearly 30 charities ranging from the Red Logan Dental Clinic to Holiday Basket Helpers to the High Horses Therapeutic Riding Program. Well over 100 companies and individuals from the area made donations to help make last year’s fair one of the most successful ever. (See sidebar.) And that doesn’t count the dozens of volunteers who set up tents, sold tickets, got dunked in the dunk tank and generally kept things running smoothly. 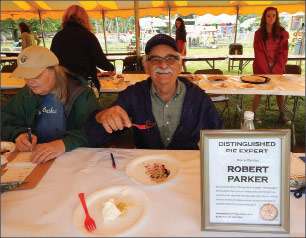 “The last couple of years, the fair has looked more like the ones I remember from 40 years ago,” says Henry Scheier, a member of the club’s fair committee. “You see more people congregating and talking with each other, especially in the evening hours. That’s really important to the town, which seems to have become less community-oriented over the years.”

Widespread business participation certainly helps – whether it comes in the form of donations to the silent auction or cases of water for the Lions working the hospitality tent. The club has other events during the year to support charities and Christmas decorations and the Memory Tree on the bandstand, but the annual fair is key to its fundraising.
The club has sponsored the fair for the last 26 years. Prior to that, it was run for 40 years by the churches in town. Joyce Childs, King Lion (president) of the club, was chair of the Norwich Church Fair when it began to run out of gas.

“It was hard keeping it going,” Childs recalls. “Most people wanted to stop after 36 or 37 years, but I talked the old-timers into continuing into the 40th year, and then promised I wouldn’t ask them anymore.” 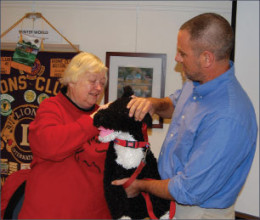 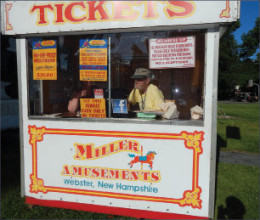 After that 40th year, Childs found the Lions Club eager to take over, and the deal was struck before you can say Meadow Muffin. “They were tickled to death to have it,” she says. “They used to sell light bulbs, but that didn’t raise much money.” 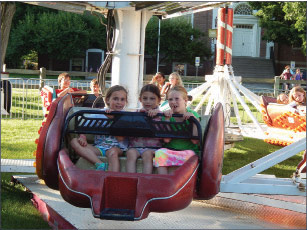 The light bulb sales were tied to one of the club’s core missions: to help the blind. That mission continues today, with collection boxes for used glasses at both Dan & Whit’s and the town clerk’s office.

But the fair gives the club the opportunity to do much more for the community and the charities that serve it. Lion Richard Neugass is especially proud of the club’s support of the Marion Cross School, funding projects outside the normal budgeted facilities and curriculum. For example, the Lions fund trips to the Valley Terrace Senior Center, and educational programs for kids at the Norwich Historical Society. It also supports a one-on-one lunchtime reading program, tree planting and the providing of skates for those needing to borrow them to participate in the PTO’s community skating events at the rink on the Green.

At Lions Club meetings (6:30 p.m. on the first and third Tuesdays of each month downstairs in the library), representatives of local non-profits are invited to speak and make members aware of their activities. This not only helps build synergies among like-minded people, it helps club members decide which charities to support. If you’re interested in joining or learning more, come to a meeting. 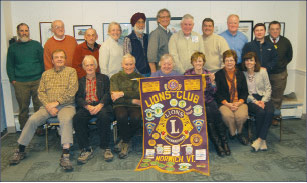