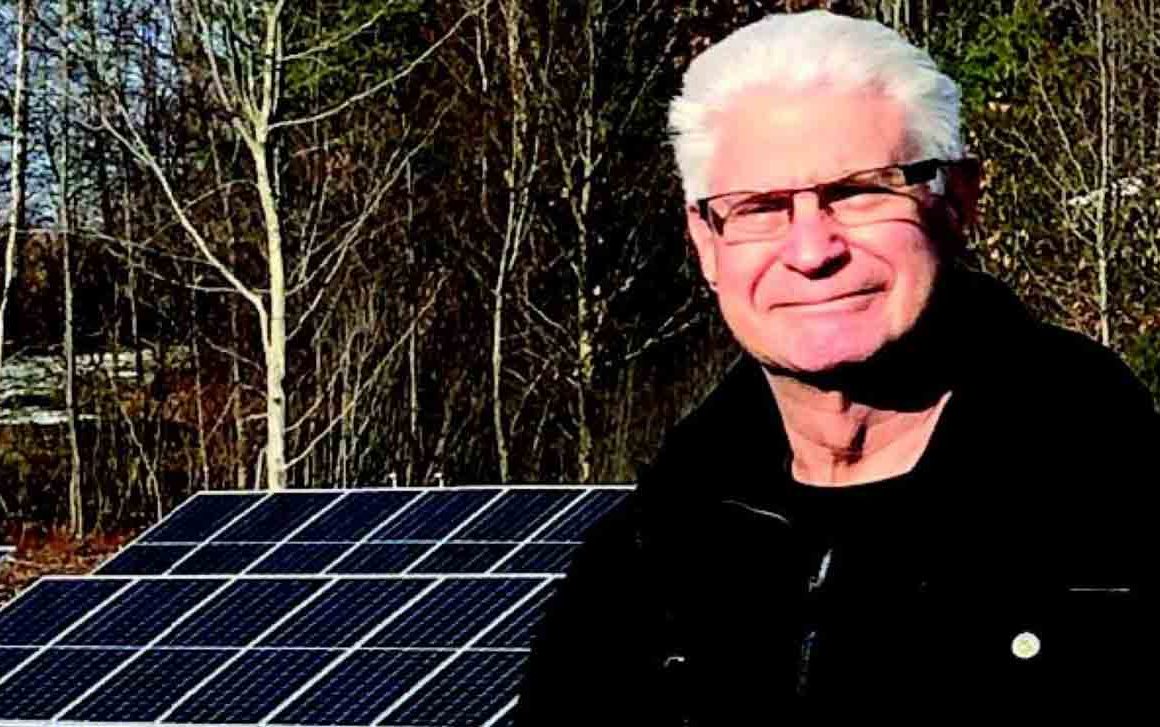 How do you combine responsible investing, concern for the environment, and a desire to effect meaningful change in your local community? Norwich resident Norm Levy may have found one answer that you haven’t considered yet.

After working as a physician at Dartmouth-Hitchcock for 25 years, Norm retired in 2013 and began wondering what to do next. Aside from “for fun” projects – including wine tastings – he wanted to focus his ability on good works that would yield results in Norwich and the Upper
Valley. Starting from a passion for increasing sustainability efforts especially among lower-income members of the community, Norm started looking for a way to support local weatherization programs. 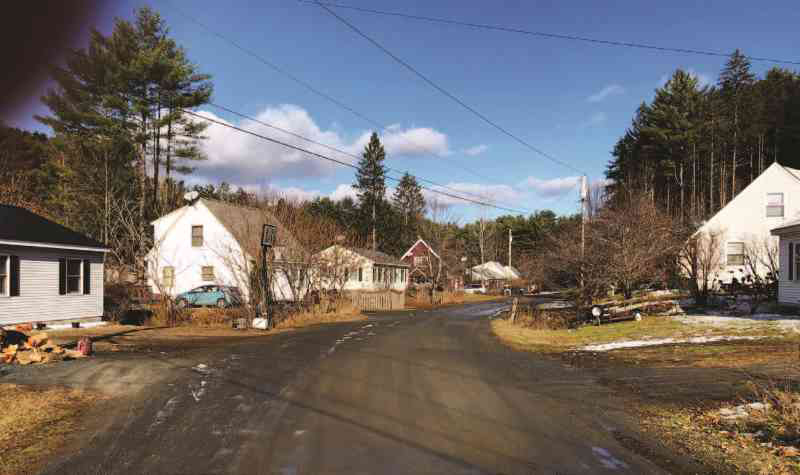 He joined the Norwich Energy Committee, through which he met with personnel at Twin Pines Housing Trust (now Twin Pines Housing) and organized free energy audits for moderate-income residents living in the Twin Pines-built fourteen-home cluster on Starlake Lane. The Energy Committee also promoted yearly Solarize campaigns, focused primarily on individual homeowners. Through these campaigns, he learned about community solar arrays, and that while some offer solar panels for users to purchase directly, others may be financed by a single funder who would then be able to sell the electricity they produced. He also learned that most projects were financed through Tax Equity Financing: incentives to private investors that go far beyond the 30% federal rebate offered to individual homeowners and are unavailable to non-profit organizations and municipalities. Typically these incentives would yield a full return on investment within five years and begin making profits. Finally, he learned about a community solar project in Colorado that was required to allocate 5% of its output to low-income customers, leading it to partner with non-profit organizations in order to meet this requirement.

Norm saw an opportunity to propose a partnership with Twin Pines and local installer Norwich Solar Technologies to finance and build a solar array on land adjacent to the Starlake housing cluster that would provide electricity to Starlake residents with no upfront costs to them. As the private owner of the array, with the puckish name Norm & Sun, LLC, Norm could access all of the tax benefits and control the cost of the service. He chose to share his benefits with the homeowners, charging them 25% less than their previous electrical bills and extending by two years the date by which he would recoup his initial investment and begin making a profit. The end result was a solar array generating electricity for at least the next fifty years.

As this was new territory for Twin Pines, the homeowners, and the property owner of the proposed site, there were a lot of concerns and
suspicions to overcome. But after numerous meetings with all parties involved, the land for the array was transferred to Twin Pines Housing, who in turn made it available to Norm for his project. The homeowners provided their yearly electrical costs, and Norm worked with
Norwich Solar Technologies to determine the amount of solar production needed to cover the expected usage. They ultimately chose a 65 kilowatt DC array, sufficient to cover the needs of the fourteen homeowners, an adjacent neighbor, and excess to extend a similar discount to Cover Home Repair in White River Junction. Norwich Solar Technologies designed and constructed the array. Now, just a few years after beginning the project, Norm’s project has “flipped the switch” and begun providing electricity as of July 1. 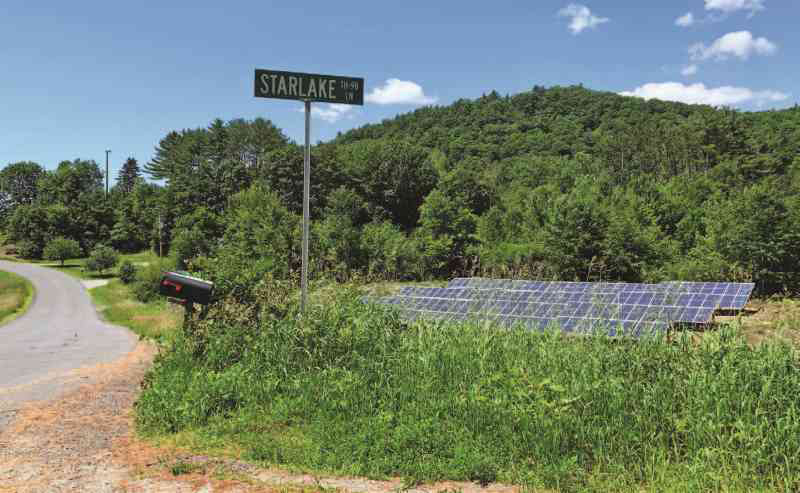 The result is a win for everyone: for the planet and the environment, it’s a reduction in carbon dioxide generation; for Norm, it’s a responsible investment with an impact on his local community and a clear return once the project finishes paying for itself in a few years; for the residents able to take advantage of the solar electricity, it means clean energy, a reduction in their energy costs, a consistent, rather than fluctuating, bill, and money in their pockets that they can use as they wish. In addition, Norm wanted to make the project as accessible as possible, so instead of withdrawing payments directly from his customers on a set day, he provides a year of monthly payment vouchers to them. “I know people get their money on different schedules,” he says, “so this lets them pay when they are able.” 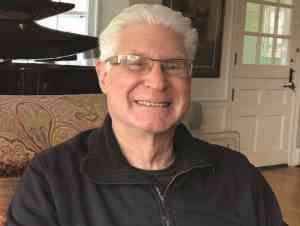 Norm hopes his story will inspire others of similar means and with matching interests. For new investors interested in following Norm’s model, it’s a huge win in that they can now learn from his model, simplifying their process substantially. Norm also reports that since the beginning of his efforts, local installers like Norwich Solar Technologies have seen the value of facilitating such private/non-profit collaborations, creating more options and opportunities.

Norm, who also buys LED bulbs in bulk and hands them out to people in the community in order to convince them to switch over to the more comfortable, sustainable, and cost-effective option, doesn’t see himself as a hero but as a member of his community with the responsibility to support it and the means to improve it. “It’s just fair, and I can afford it,” he reasons. Even when federal dollars go into weatherizing or solarizing a few homes, the benefits ripple out, in the form of lower energy costs for everyone, more resilient communities, a cleaner environment, and greater social cohesion. Now he hopes others will follow in his footsteps. “I didn’t want to encourage others to do it until I did it. Well, I did it. You can do it too.”

An investor-funded community solar array may seem like an odd opportunity, and that’s precisely why Norm wants others to know about it. “Financial advisors won’t tell you about this sort of thing. They’re looking at the conventional investment opportunities, with bigger programs.” In contrast, this is a local project with immediate and long-term benefits. The money customers save cycles back into the local economy. Without the ongoing energy production costs of other sources, solar arrays will pay for themselves and earn profit after the first seven years, meaning investors could then repeat the process elsewhere.

Norm is happy to talk with other investors who are interested in pursuing a similar project and in sharing his model; he can be reached at nblevy@icloud.com. He warns that the rebates will be shrinking over the next few years, though, so start now! In the meantime, he continues to seek creative and mutually beneficial solutions to providing clean, efficient energy in Norwich and beyond.