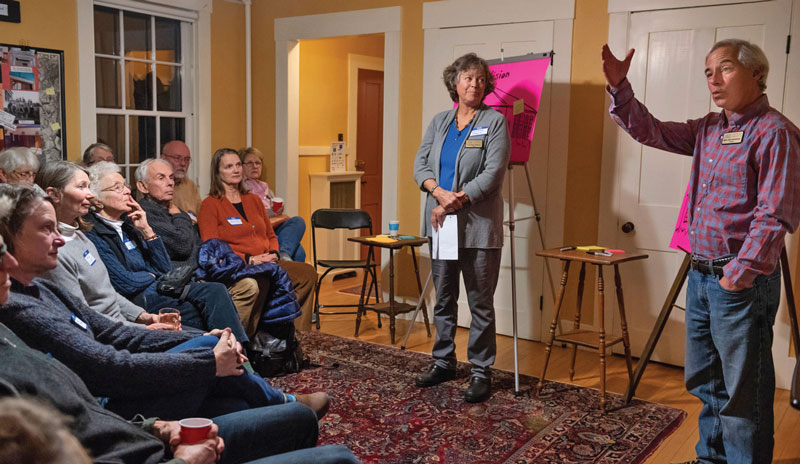 This lively event was held at the Norwich Historical Society to envision the future of the building. The Root District Game Club Board elicited ideas and posted sticky notes on bright pink schoolhouse posters. Suggestions ranged from using the building as a venue for yoga and art classes to poetry readings and a winter tracking event. 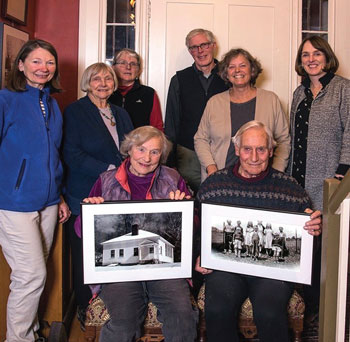 The participants voiced a desire for the building to remain largely the same with its classic lines and its four large windows. The interior should still feel and look like a schoolroom with its blackboards, stage, warm woodwork, and refinished floors. This truly is an authentic and well-built example of a one-room schoolhouse, a rarity today.

Before it was declared unfit for public use in 2011 due to a crumbling foundation, the schoolhouse was used as a hunting club in the 1950s, a riding club, and then a community center into 2000. Many folks contributed, heading up the various committees and volunteer efforts to keep the building and its activities strong and viable.

Neighbors living near Goodrich Four Corners (recently nominated as a Historic District) made a concerted effort to raise money to replace the foundation and mitigate hillside drainage issues.  Fundraising and planning has taken over six years and the goal is in sight: the old foundation will be replaced in summer 2019.  If all goes well, the next gathering will be at the schoolhouse to celebrate!