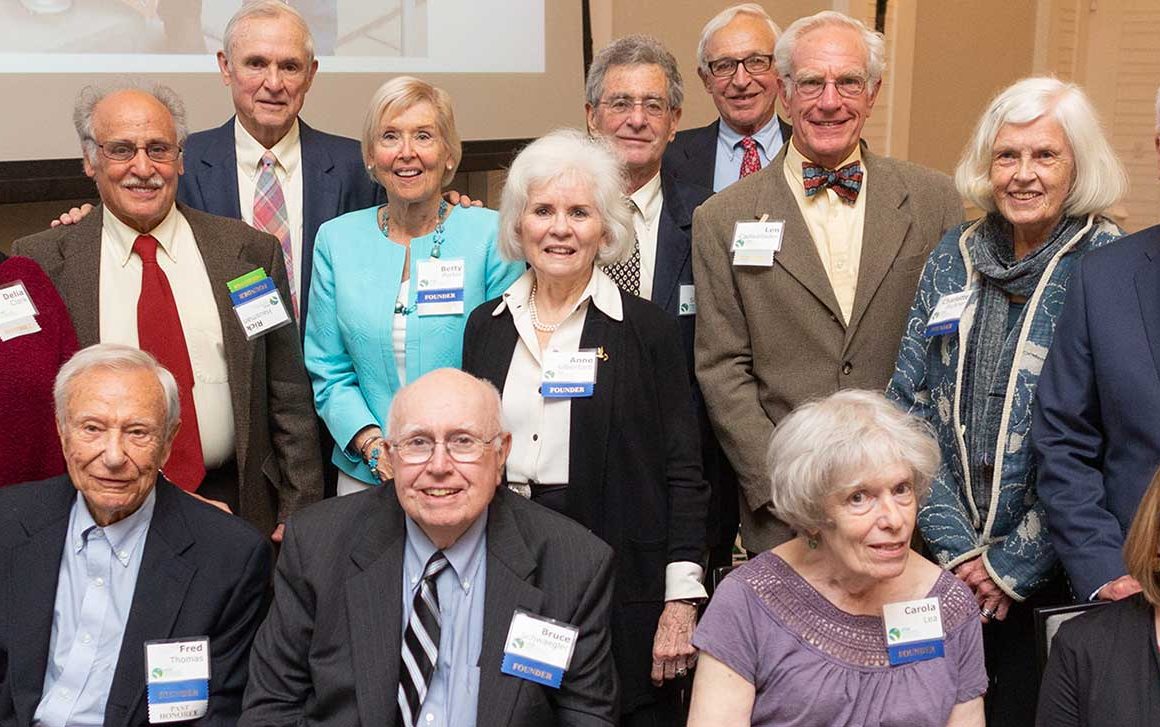 Every spring, Leadership Upper Valley, a program of Vital Communities, hosts its annual Heroes & Leaders Celebration to recognize individuals who make extraordinary contributions to the Upper Valley. This year’s 25th-anniversary event on May 30 honored 12 leaders who add immeasurably to the vitality of the region, including several inspiring neighbors from right here in Norwich.

If there were a book about The Norwich Bookstore and its founders and co-owners, Liza Bernard and Penny McConnel, it would impart lasting lessons of business and community. The dust jacket and inside pages would be lined with praise from organizational leaders highlighting how, for instance, Penny and Liza are “cornerstones of the New England bookselling community.” There would be heartfelt local testimonials about each woman’s “abiding effort to address community needs beyond their own.”

Since they opened their bookstore on August 1, 1994, they’ve been purveyors of knowledge. As partners and solo actors, they’ve enlightened us at readings with celebrated authors. For 25 years, they’ve been tireless in reviewing, offering, recommending, and special-ordering essential books beyond our counting. And they pushed back when Amazon came stomping across the retail front-yards of small booksellers everywhere. Independent bookstores are thriving again. 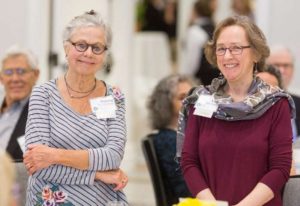 Norwich Bookstore founders Penny McConnel
and Liza Bernard were honored for their
contributions to a vital local economy and
more at the Heroes & Leaders event.

Beyond literary pursuits, each woman is also known for civic passions… As one longtime local told me, Liza and Penny are the type of people who are vital to any town, city or village; they are the ones who step up to direct resources, attention, and their time to important matters. They are also “the ringleaders who instigate culture and a more informed community.” 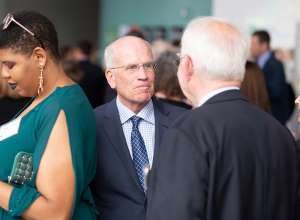 One served as community advisor to Vermont Public Radio, the other chaired Local First Alliance at a critical juncture. Each makes time to assist libraries, youth, the arts and humanities, senior housing, and conservation. Oh, and they raised children along the way.

The story of Penny McConnel and Liza Bernard is set in the Norwich Bookstore, yet its chapters of impact stretch well beyond our region.

Liza and Penny, we honor you – as individuals – and together as founders and co-owners. You are leaders – and yes, ring-leaders – instigators for things that are good in our communities. For all you’ve done within and outside of the Norwich Bookstore, we thank you.

Adapted from remarks by Clay Adams of Mascoma Bank 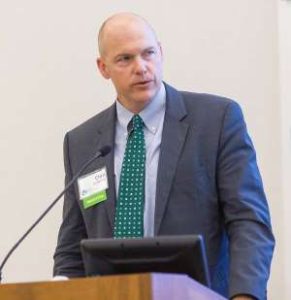 There are many reasons people choose to uproot themselves from urban areas to live in rural Vermont. Chief among these reasons are quality of life and accessibility to the outdoors. What you will not typically find on this list is accessibility to fast, dependable internet service. However, thanks to the efforts of Stan Williams, this has changed in our region.

Nearly a century ago, Vermont, like many other parts of America, was attempting to electrify its less populated areas so they could participate in the modern economy of that time. Just as dairy farmers then could not bring their milk to market, today knowledge workers who choose to work from home in Vermont cannot participate in the 21st-century economy. More importantly, the school-aged children who live along these picturesque stretches of Vermont roadside have difficulty fully participating in their education.

It was not until EC Fiber arrived on the scene that we had any hope of being part of the 21st century. 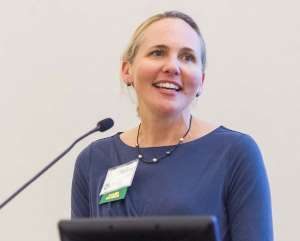 Stan Williams, the ValleyNet Board Chair and CFO, has been a consistent force behind EC Fiber. This is why we are here to recognize him tonight. Stan found himself working in the cellular communications industry as it exploded internationally. As he looked toward the second act of his career, instead of pursuing financial gain, Stan chose a path that “his children and grandchildren would be proud of.” 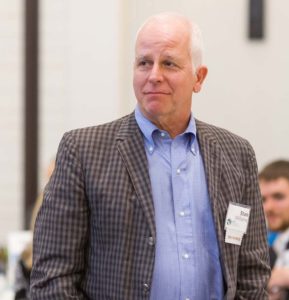 Stan Willaims of EC Fiber
was honored among 12 community
members who add to the vitality
of the Upper Valley.

In 2007, Stan and others connected to ValleyNet began to consider how to provide rural communities in eastern Vermont with broadband internet access. EC Fiber was born. The timing could not have been worse. Once the Great Recession started, the commitments were pulled, and the EC Fiber team was left to rely on their own ingenuity and resources.

In true Vermont fashion, they provided a solution, raising $1M in 2011 from members of the ValleyNet management team and acquaintances. In the years to come, they built on this model, raising funds as private placement promissory notes in $2,500 chunks from Vermonters who wanted their neighborhoods to join the 21st century.

Fast forward eight years, and they have connected more than 3,000 customers in rural Vermont to high-speed fiber-optic technology. Moreover, they have the plans and capability to connect the remaining unserved premises in their service area by 2020. Stan has been one of the many innovative, understated, and dedicated leaders behind ValleyNet and EC Fiber who has applied hard-earned experience from a world away to make the Upper Valley a more sustainable and vibrant economy.

Residents of a Region 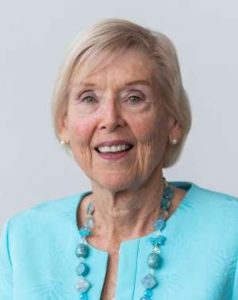 Norwich residents Betty Porter and Anne Silberfarb were also recognized at Heroes & Leaders as founders of Vital Communities, which celebrates its 25th anniversary this year. 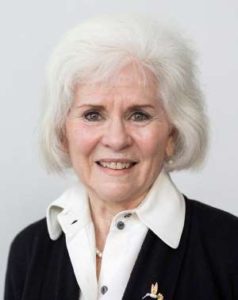 “In 1993, the Valley News published an editorial encouraging readers to ‘think of themselves not only as residents of an individual town or state, but of a region’ – the Upper Valley – and to work together to protect the things that make this place special,” Vital Communities executive director Tom Roberts said at the event.

“That editorial, and the powerful action of a small group of women led by Betty Porter, sparked the beginnings of Vital Communities.

“…With Delia Clark and the staff who followed, they convened community members – creating spaces where people could listen to and learn from each other. They created an experience of place – one that defines and honors this unique region we call the Upper Valley. They created a community-led approach to making positive change while preserving the essential character of our towns and landscape. They facilitated connections among towns, organizations, and residents that continue to flourish today – much to the benefit of everyone who lives and works in our region.”

« Previous post
Using Music and the Arts to Engage Community
Next post »
Cuba’s People, Birds, and Landscape Forge Memories of a Lifetime