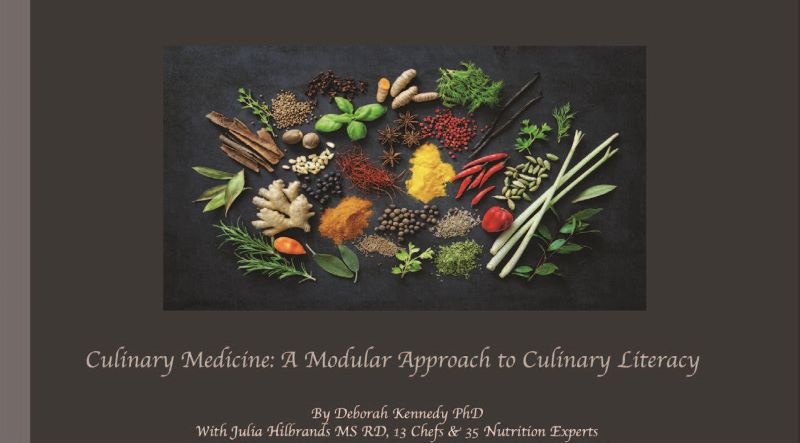 For Dr. Deborah Kennedy, food is not only what we eat each day, but also the key to good health. As a practitioner of nutritional medicine, Dr. Kennedy believes food has the power to transform our health for the better, and her upcoming textbook intends to expand upon that mission. 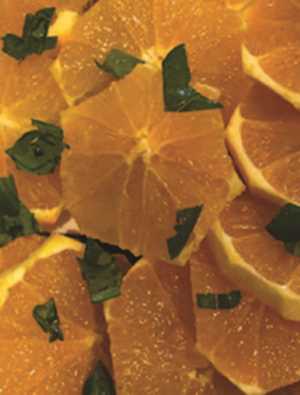 Dr. Kennedy’s life as a foodie started at the age 4 when she began learning how to cook, and led to her job as a cook and sous chef throughout high school and college. This passion for food eventually emboldened her to pursue cooking professionally and then to get her PhD in Nutritional Biochemistry from Tufts University.

Dr. Kennedy was almost finished with her doctorate when she was diagnosed with Hodgkins Lymphoma and given only two weeks to live. Instead of giving up, she was determined to survive this diagnosis. “It became a very difficult confusing time when I was trying to research what I should eat to be healthy,” Dr. Kennedy said about her diagnosis. Twenty seven years later, she is still here to tell the story, demonstrating food’s powerful potential for healing. She didn’t want anyone else to have to go through what she did, so she resolved to help others transform their diets when facing similar health challenges.

Dr. Kennedy has written three books centered around children’s eating habits. The books tackle children’s habits at the table based on their eating personality and re-empowers parents to help their children make healthy eating choices rather than giving children the power as a picky eater. Dr. Kennedy’s latest book, Culinary Rehab: A Comprehensive Resource in Culinary Medicine, will shift the focus from children, addressing instead culinary medicine.

The e-textbook addresses nutrition after diagnosis with illness, and is meant for the healthcare professional, the wellness coach, or the home 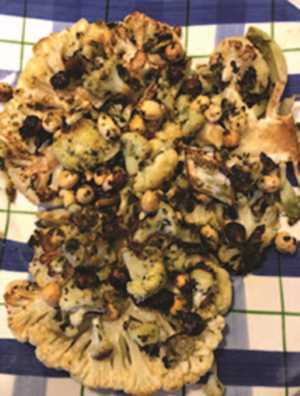 cook who wants to change the health of themselves or their friends and family. The textbook, which will tentatively arrive in July of 2020, is created in partnership with over thirty-six nutrition experts and a dozen chefs from the US, Canada, and England. The e-textbook will feature embedded video interviews with different farmers and chefs, as well as cooking demonstrations. Additionally, after completing the textbook, you are given the opportunity to take a test in order to gain certification in culinary medicine.

In partnership with Dr. Kennedy are a wide range of organizations and individuals who are nutrition experts and expert chefs working to change the food system. Notable organizations include The Bread Lab, Torriberra Mediterranean Center, Food Tank, Wholesome Wave with Michel Nischan is making food affordable for those who are food insecure, and Dr. David Katz’s organization, the True Health Initiative, will receive five percent of the proceeds from the textbook sales.

By combining expert testimony with practical advice, the textbook provides accessible answers to nutrition. Dr. Kennedy refers to it as a modular approach, or how to eat healthier step by step, instead of presenting the information at once. “By giving someone an unattainable goal then that sets them up for failure,” says Dr. Kennedy. “I think we can get people to be closer to doing that [eating healthier] by being gentler with our message.” Her modular philosophy addresses one eating habit at a time rather than trying to tackle them all at once. “If there’s one message I can give patients, it’s try and make at least one or two healthful choices a day.” 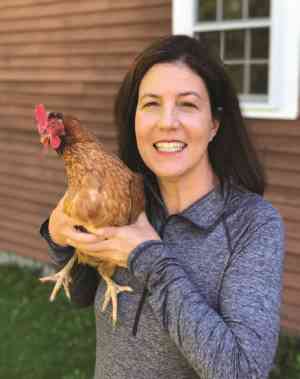 Her modular approach extends to how each individual approaches the textbook dependent on their health status. Working with chefs, Dr. Kennedy created what she calls ‘culinary competencies’ addressing common chronic illnesses and diseases.

After diagnosis, education about different aspects of food such as how to select produce, how to prepare it, and how to cook it is important to change dietary habits. The goal, Dr. Kennedy states, is “to make healthful food crave-ful and delicious. As nutritionists we need to stop telling people what they can and cannot eat and just get out there and tell people ‘Hey come try this, it’s fabulous.’” Inevitably intertwined with nutrition is the culture surrounding eating.

Dr. Kennedy said that the biggest challenge when people are changing their diet is busyness. “…the real answer lies in taking a breath before you put something in your mouth,” Dr. Kennedy said. The modular approach in the textbook attempts to answer this problem by not overwhelming the reader with many goals, but rather allowing them the space to work on one issue at a time. “There are one-hundred-twenty choices every day that Americans could do to make themselves healthier. Choose on actionable step that you know you can be successful at and when you get there, you’re ready to make another change.”