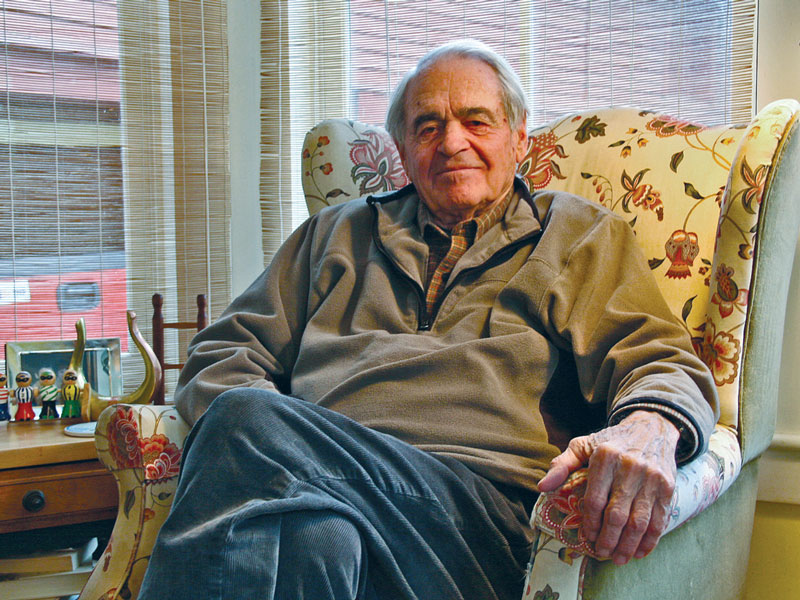 When the historians finally compile the legacy of Norwich’s Dr. Dean Seibert, there may be a slight conflict when published. Will his distinguished medical career be in the forefront of that legacy or will his dedicated world-wide service to humanity take center stage? In both categories, Dean Seibert has become a living legend.

Perhaps we can take a hint from the man himself. During a visit to his Norwich home on a rainy spring morning, Dr. Seibert gave some insight into that issue. At age 84, he is still very active, both as a physician and for the last 25 years as a volunteer for the ACTS (Americans Caring Teaching Sharing) Honduras organization. ACTS was established originally in 1986 to foster cross-cultural understanding and to promote, with our Honduran partners, sustainable programs for health, education, agriculture and economic development.

After looking back at all those trips to Honduras, Dr. Seibert narrowed down his list of highlights and memories by reciting his favorite quote from American anthropologist Margaret Mead. Never doubt that a small group of thoughtful, committed citizens can change the world; indeed, it’s the only thing that ever has.

“Yes, that is my favorite quotation and it sums up perfectly the work and dedication by ACTS volunteers.” Dr. Seibert noted. “For the last five or six years, I have traveled with a team of volunteers to Honduras twice a year. We would stay there anywhere from ten days to two weeks and I think that was a key to our success. Short visits to help the people there decide their priorities whether it be medical needs, engineering aid, or agricultural. Especially with supplying a source of clean water. Thanks to the Engineers Without Borders organization, that is becoming a reality. What a critical element. With clean water everything is possible.”

Honduras is one of the poorest countries in the Western Hemisphere and is roughly the size of Tennessee with a population of approximately 8.5 million. The economy in recent years has experienced slow growth, but the distribution of wealth is polarized with 50% of the population living below the poverty level.

“You have to realize that in Honduras, the residents there are extremely lucky if they graduate from the sixth grade. The poverty level is simply incredible and education opportunities are almost non-existent. There is no comparison to living here in an affluent community like Norwich and living in some of those remote villages. Traveling back and forth is a stunning shock to the system. It opens one’s eyes to the reality of this world.” Dr. Seibert stated.

When asked to break down all those trips and experiences and pick a favorite for the past 25 years, Dr. Seibert’s eyes sparkled and a warm smile spread across his face. He was quick to respond. 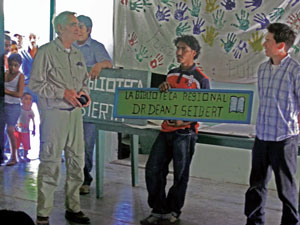 The dedication of the Dr. Dean Biblioteca in Honduras

“Well… five or six years ago, we started a project where we converted an old building in a local Honduras community and made it into a library. Now, you have to understand that very few of the people here have the ability to read and that is what made this so incredible. When completed, we had – believe it or not – a modern, high-tech library where they could learn to read and benefit from the educational offerings. My proudest moment came when they named the building The Dr. Dean Biblioteca (Library).”

Dr. Seibert’s complete résumé could fill many pages. He was hired by the Dartmouth Medical School in 1965 as an instructor in medicine and the director of graduate medical education. He was familiar with the school having done a fellowship in hematology at Dartmouth-Hitchcock from 1961 to 1963. Dr. Seibert earned his M.D. at Albany Medical College in 1958 and completed his residency at Albany Medical Center in 1961. In 2004, he was the recipient of his alma mater’s humanitarian award. Following that, he worked for a few years at the National Cancer Institute and then served as a commissioned officer in the US Public Health Service. From his earliest days at Dartmouth, he has helped to bring a more global orientation to the medical school and its students.

Dr. Seibert and his wife Anne moved to their Main Street home in Norwich in 1965.