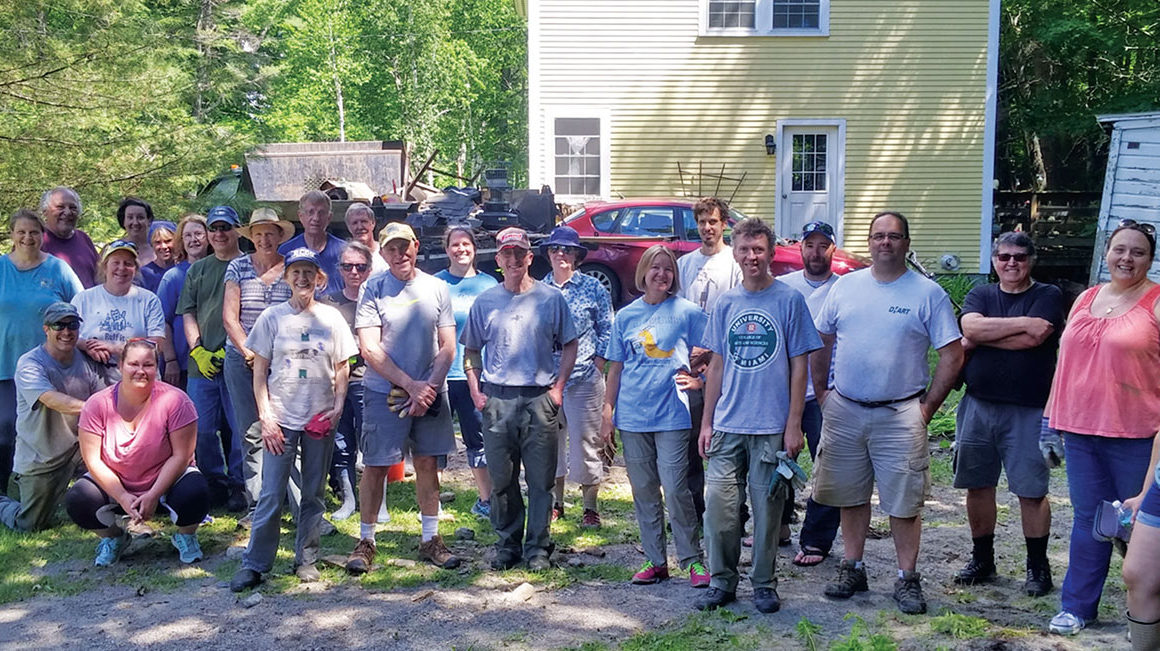 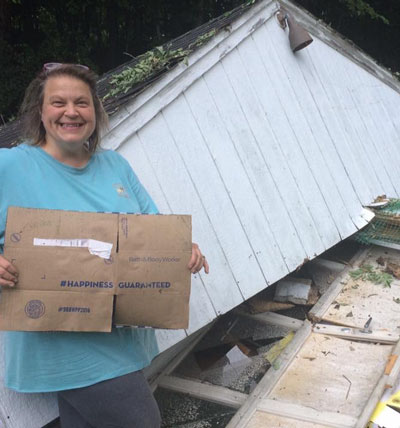 On July 1 of this year, the property owned by Michael and Vickie Seaver on New Boston Road in Norwich was devastated by a sudden downpour that produced more than four inches of heavy rain in a mere few hours. The freakish storm wreaked havoc for the residents along the New Boston and Ladeau Roads. For the Seavers, it hit particularly hard, as Vickie explains.

“Our neighbors next to us have a fifteen-foot elevated driveway that runs over a gully. The rain filled a field by the driveway and the water pressure caused the driveway to collapse. All that water rushed onto our property and leveled our two-car garage. Also we had eight trees down and propane tanks were seen floating nearby. There was debris everywhere and the entire neighborhood had to be evacuated. It was devastating!”

Vickie went on to point out that their house did not have a basement and that saved them from further flood damage that would have compounded the situation. Everyone was safe, but not without a price.

“My 90-year-old father is a carpenter and he had many of his tools stored in that garage and they were washed away. Our vehicles were not in the garage and that was a relief,” Vickie said.

As the Seavers looked out at the carnage in their yard, the first thoughts turned to just how would they cope with this disaster? They had no flood insurance and their homeowners policy would not cover the damage. They did not have to stress for very long however. Norwich residents sprang into action to help their neighbors. 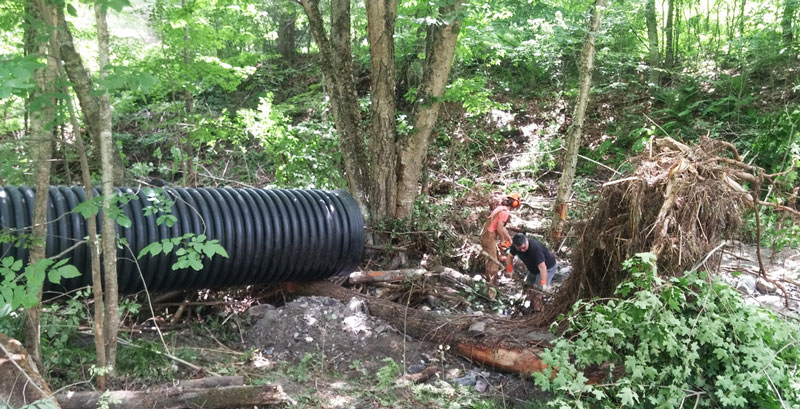 “Meghan Wilson, who lives on Ladeau Road, organized a cleanup event for us to help clear out the debris from our flooded garage. The water had run down to Ladeau Road, as well, and the brook behind our house had risen. We have many neighbors in Norwich, and we were the fortunate ones who feel truly honored to have folks that didn’t even know us help us out. It was incredible!” 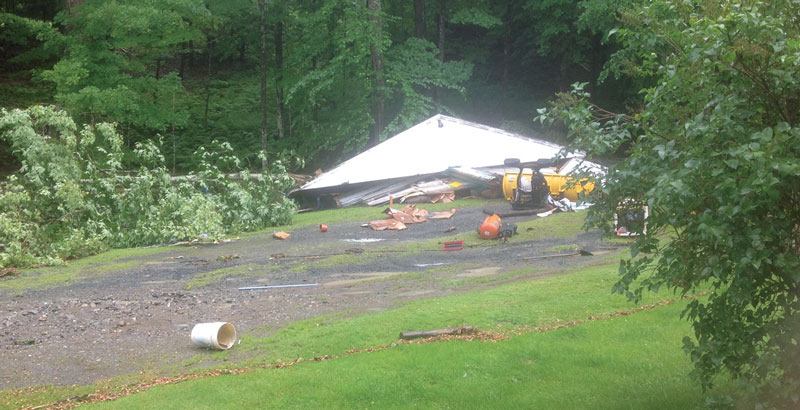 “All of a sudden we had about 35 people in our front yard,” Michael Seaver stated. “There were people with tractors and a dump truck, and everyone started pitching in to remove all the debris and to cut up the fallen trees. Many of those people we met for the very first time. It was unbelievable!” 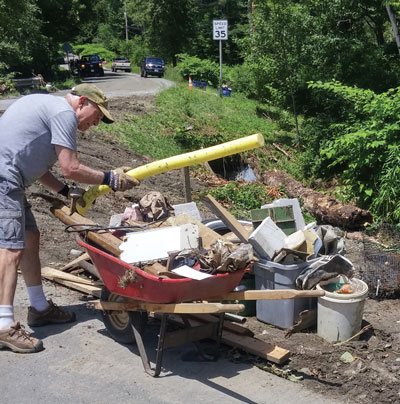 The dedicated volunteer laborers quickly cleared the debris working through the day on a Sunday. Once the damaged garage was removed, the group then constructed a brand-new storage shed on the slab where the 24×24′ structure had stood.

“I think we will place a container garden and a patio on the back part of that concrete foundation. That way we can sit out there in nice weather and watch the brook flow by,” Vickie added with a smile.

As they look back on the experience, the Seavers remain overwhelmed by the outpouring of love and concern by their neighbors.

“We still can’t believe it!” Vickie exclaimed. “I will give an example. I approached one gentleman in his vehicle as he was working. I told him we would offer as much financial help as we could. He rolled up his window and said he could not hear me!”

It appears as if we need a new bumper sticker that reads Norwich Strong. 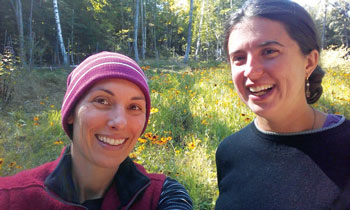 It was truly a whole group effort. A lot of people also helped out during the week leading up to the neighborhood clean-up that I helped organize. (Price Campbell was putting up trash bags and collecting debris from the stream throughout the storm, Ashley Lang picked up a ton of debris, and I know there were countless others.) I wanted to help, but knew that I couldn’t move things in the stream… so I just chose a day at a gathering of Ladeau residents that worked for most. I was communicating with Vicki and Mike about what they would like to have done, and let them know that Sunday from 12 to 3pm was the time where people would be helpful. Vicki then had a day that she could tell all of her friends and family to come out and help, and Liz put the message out to the town. There was a lot of support from Ladeau, and a lot of support from Vicki’s connections in actually doing the clean-up. I wasn’t doing heavy lifting, instead I was playing dressup with the neighborhood kids while others were cleaning up the road. We also helped out Peter and Vicki’s neighbor… and they in return helped us out.Cheers, Meghan Hewitt